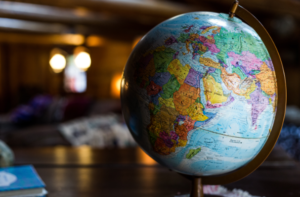 For too long, think tanks have been studying and explaining the fundamental consensuses in our societies and political systems, while addressing their transformation only tangentially. The sector is mired in an identity crisis produced by a two-pronged shift in the field of applied knowledge: opposition to “experts” has emerged at the same time as our societies have become more politicised. Distrust of conventional power structures is also sweeping the knowledge sector. For a long time, think tanks have been responsible for fostering the connection between expert knowledge and decision-making processes. Midway between academia and politics, these centres of thought have transferred rigorous study to political praxis, both in terms of discourse and public policy.

When politics fell into crisis, intermediaries were among the first casualties. Challenging the prevailing political order and questioning the social role of experts combined to erode the relevance of think tanks. Experts have been the target of populist attacks. In the Brexit campaign, Leave leadersproclaimed “we have had enough of experts“, while Donald Trump casted doubt on climate change when extremely low temperatures hit the United States during the polar vortex –and when evidence demonstrates that extreme temperatures are the consequence of climate change. In a context of a generalised challenging of the political order, the questioning of experts and think tanks has been exacerbated by the instruments of misinformation, “fake news”and post-truth politics.