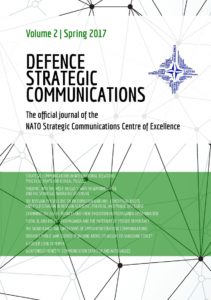 Contrary to the narrative in much of politics and academia, Russia’s alienation from the West did not start in 2014 — it is a lasting and inherent phenomenon. Since the mid-1990s, Moscow’s attempts to ‘capture’ the narrative of Europe or even portray itself later on as a ‘better Europe’, transcended in 2014 into a more overt and antithetical approach of strategically juxtaposing Russia versus Europe, or placing ‘Russia being not (declinist and decadent) Europe’, a part of the likewise allegedly declining ‘West’. Russia’s appeal for European ‘self-denial’ does not only find its supporters in Europe, predominantly populist and radical parties, but also contributes to a more general frustration among Europeans regarding their own self-perception, as well provokes Western ambiguity and uncertainty about its responsibility for regional security affairs, particularly in the European neighbourhood.