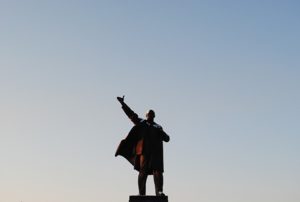 For the current Russian government, the 100th anniversary of the Revolution is not a happy occasion. The Kremlin links the surge of the Bolsheviks to power to State weakness and to political and social disorder. Nevertheless, since Vladimir Putin took office in 2000, the regime has rehabilitated some historical figures (i.e. Joseph Stalin, Ivan the Terrible, Catherine the Great or Prince Vladimir). The attitude of the Russians towards the historical legacy of the Revolution is ambiguous and confused, leading to a sense of apathy with respect to the current regime, as revealed by the Levada Centre surveys, conducted every October since 1990.