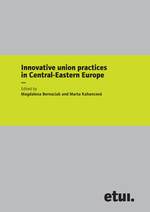 This chapter presents three instances of innovative practices pursued by Croatian trade unions in the aftermath of the economic crisis, which could be singled out as particularly important for the future of the trade union movement in the country. The first case concerns union involvement with direct democracy which was chosen due to its growing popularity as an alternative tool for channelling labour discontent. It is arguably the most visible example of union innovation and its overall success and potential will be analysed. The two other cases deal with trade unions’ participation in the development of vocational education programmes and their efforts to represent temporary agency workers. Both concern rather isolated activities which, however, carry much potential as examples of best practice. The selected initiatives are subsequently assessed with respect to the so-called dimensions of innovation, developed in the Introduction to this volume.