This year the Swedish Institute of International Affairs (Utrikespolitiska institutet, or UI for short) celebrates its 75th anniversary, making it one of the oldest institutes of its kind in Europe. During all these years, UI has provided an independent platform for research and information on foreign policy and international affairs. The institute’s mission to inform and enrich the public debate on foreign policy is more relevant than ever in today’s globalized society.

Comprised of approximately 40 staff members, UI is an active institute in Sweden, Europe and the world in delivering research, public information, events, and a renowned international affairs library.

Research at the Swedish Institute of International Affairs looks at foreign policy and international negotiations, defence and security, peace and development, democracy and culture, governance and institutions, and globalization and information society. The geographic focus is on Europe, North America, East Asia, and Russia. Multidisciplinarity, geographic and thematic expertise, and clear societal relevance characterize UI research. The researchers regularly comment on current affairs in news media, hold public lectures, and write op-eds and expert opinions for UI and other media channels. The focus is on issues of importance for Sweden and for the Swedish foreign and security policy debate. The geographic programmes enable development of long-term empirical, cultural, and linguistic competencies. UI also has projects that span several continents and themes. Examples of these include internet and democracy, security and development, transatlantic relations, and the role of business in peace-building. Most UI research is published internationally. In-house publications include UI Papers, UI Occasional Papers, UI Briefs, and UI Analysis.

UI offers postdoctoral researchers a chance to carry out research at UI for a period of one to three years. The Programme is financed by the Swedish Ministry for Foreign Affairs and is one of few such investments in international studies in Sweden.

UI publishes a variety of well-regarded journals intended to improve Swedish public understanding of international events. These include: Världspolitikens Dagsfrågor (“Current Issues in World Politics”), which offers accessible background, understanding, and deeper insight into current issues in world politics; Internationella Studier (“International Studies”), an award-winning UI publication for everyone interested in foreign policy and international topics of the future. It offers analyses, commentaries, and interviews not found anywhere else;  Länder i fickformat (”Countries in Your Pocket”) is UI’s most widespread publication. The series covers all of the world’s more than 190 countries in 145 leaflets, which describe geography, population, culture, history, politics, economy and more, in an easily digestible format; finally, we publish Landguiden (“The Country Guide”) an online version of Länder i Fickformat. Our editors monitor developments in all countries of the world and update the database daily. 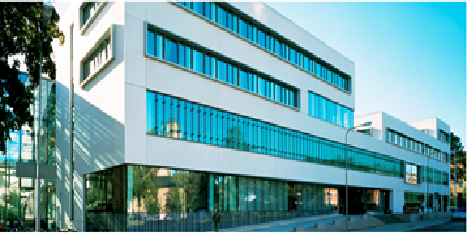 Swedish and international researchers, experts, political leaders, and journalists converge at UI for talks and debates about foreign and security policy. There are around 60 lectures, conferences, seminars, professional development days, and meetings on current international issues per year. Some events are arranged by UI only, while others are held in collaboration with other organisations, government agencies or private companies. Events most often take place at UI premises.

The Anna Lindh Library holds Sweden’s largest collection of defence, security, and foreign policy literature. It is primarily aimed at researchers, students, and journalists, but is also open to the general public. The library is co-owned by the Swedish National Defence College and the Swedish Institute of International Affairs.

At ui.se you will find current information about the Institute, our activities and staff. You can also book event tickets, browse publications for purchase in our online shop, access research publications, and watch seminar recordings on UI Play. Ui.se also hosts our blog, UI-bloggen, with contributions by UI researchers, journalists, experts, and in some cases specially invited guest writers (in Swedish). UI-bloggen aims to create critical understanding of events in world politics. UI has a Facebook page, and you can follow many of our staff on Twitter. The English-language version of the site comprises all of UI’s research, as well as information of and booking details for English-language events. Sign up for our English newsletter and follow our activities!