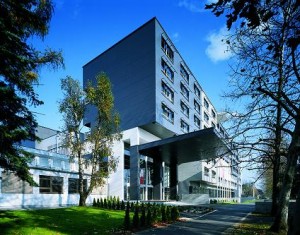 Established in 1981, the Centre of International Relations (CIR, http://mednarodni-odnosi.si/cmo/) is an integral part of the research Institute of Social Sciences, at the Faculty of Social Sciences of the University of Ljubljana. The CIR has become one of the central national and regional institutes providing expertise in the fields of International Relations, European Integrations and International Economy. CIR’s 17-member team headed by Professor Marjan Svetličič consists of three professors, seven associate/ assistant professors, two research professors, three teaching assistants and two junior researchers.

CIR members are integrated in teaching activities at the Faculty of Social Sciences, where Professor Bojko Bučar, a CIR member, has just been elected the new Dean. Their research provides the basis for the conduct of graduate and undergraduate courses of the study programmes in International Relations and European Studies (both undergraduate), as well as International Relations, Diplomacy, Security Studies and European Studies (all post-graduate). CIR members also teach within international inter-university graduate programmes.

CIR has a history of national and international partnerships and co-operation in the areas of research, publishing, organizing conferences and workshops, national and international consulting and performing other professional activities in the field of international relations either with similar institutions or other public and private actors. In addition to being a TEPSA member, CIR is a member of WISC, EADI and EUROMESCO. Individual CIR researchers are members and hold positions in a number of international associations, such as the Standing Group on International Relations of the ECPR, CEEISA, RESER, ISA, ECSA, EIBA, IPSA, ILA etc. CIR has successfully implemented Jean Monnet European Modules on Shaping the EU Trade Policy and in European Negotiations. CIR contributed to EU-25/27 Watch, and is now contributing to the Lisbon Watch.

CIR has been recently involved in two EU FP7 projects: ServPPIN: The Contribution of Public and Private Services to European Growth and Welfare and the Role of Public-Private Innovation Networks, and MULTIPART: Multi-stakeholder partnership in post-conflict reconstruction: the Role of the EU. CIR was also a partner in two EU FP6 networks of excellence: GARNET: Network of Excellence on Global Governance, Regionalisation and Regulation: The Role of the EU, and EU-CONSENT: Wider Europe, Deeper Integration? CIR is currently a member of the European Commission funded LISBOAN Network.

The results of CIR’s work are widely disseminated. Together with Palgrave, the CIR publishes the Journal of International Relations and Development, the official journal of the CEEISA indexed in the SSCI. In 2009, CIR also initiated its electronic book series titled the CIR Analyses.