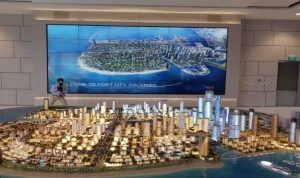 Miguel Otero-Iglesias, “Is Sri Lanka caught in China’s ‘debt trap’? A view from the ground”. 21 November 2018.

The feeling is that Chinese investment is putting Sri Lanka on the map and that suddenly everyone is now interested in coming.

Last week I had the opportunity to visit Sri Lanka thanks to an invitation from the Bandarainaike Centre for International Studies, based in Colombo, and the Chinese Embassy in Sri Lanka. It was obviously an exercise in public diplomacy by the Chinese Government. The official aim of the exercise was to discuss the achievements and shortcomings of the first five years of the Belt and Road Initiative (BRI) with scholars from Asia, Africa and Europe, the three continents covered by China’s mega-project. In order to do so the organisers invited around 20 scholars from neighbouring countries such as Pakistan, India, Bangladesh and Nepal, and also from mainland China, Singapore, Kenya and Europe (unsurprisingly, there were no scholars from the US, Japan or Australia, or from France, the UK and Germany, perhaps the most critical countries with Xi Jinping’s BRI). (…)

You can read the whole publication here.