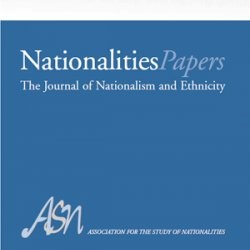 Post-Communist Europe has not chosen to imitate the Truth and Justice or Truth and Reconciliation Commissions set up on several other continents. The notion of reconciliation with the Communist regime is not of much interest to certain political parties, many of which are rooted in the protest against the compromises that were part of the negotiated revolutions. The model admired by post-Communist countries was the one conceived by the Germans. Almost all the countries founded specific institutions – institutes – for managing memory, with archives located in these institutes. Some have archives that date from before World War II to 1990; they handle both totalitarianisms. What is feared is that through the game of partisan appointments, these institutes will become little more than instruments in less than honest hands for use in political contests. This is especially likely given that the Polish Institute of National Memory (IPN) employees perform several functions: classification, prosecution, and evaluating individual applicants to certain administrative positions. The specialized literature usually explains the trials and tribulations of Poland’s IPN in terms of the personalities of its different directors and the period in which each occupied that post. In this paper, we have verified this hypothesis.