The Royal Elcano Institute is looking for an executive coordinator for its office in Brussels. Established in 2016, the Brussels Office aims to boost the dissemination of Institute and enhance the influence of ideas and Spanish perspectives in the great European and transatlantic debates, especially at the European Union and NATO level.

From the European capital, the Royal Elcano Institute conducts reports, projects and activities in collaboration with other think tanks and analytics centres, catalyst in areas of special interest to Spain, such as the challenges of security in the Mediterranean and southern European neighborhood, the fight against terrorism or relations between the European Union and Latin America. Likewise, the Brussels Office also seeks to enhance the advent of Spanish perspectives and ideas in issues of a more general nature, such as economic and monetary union, the future of European trade policy, the European migration challenge, foreign and defence policy European Union or the future of the transatlantic relationship.

Elcano’s Brussels Office organises much of its activity around the ‘Ecosystem and culture of influence of Spain in Europe’ project. This project, started in 2020, aims to analyze the evolution of the presence and influence Spain in the European Union and NATO, as well as helping to strengthen connectivity between the General Administration of the State (mainly through its Permanent Representation to the EU and NATO), Spaniards in institutions Spanish MEPs from different parties, representations of autonomous communities, businesses, civil society associations in Brussels, experts and opinion makers.

Please email an explanatory letter of interest and suitability candidate, as well as a short resume (no more than 2-3 pages) to nmartin[at]rielcano.org the matter: “Executive Coordinator Offer – Office of Brussels.”

The incorporation would be scheduled for September 2021 and the deadline for applications are on 25 May 2021 at 5pm CET.

Only those candidates will be contacted shortlisted after a review prior to his résumées. Pre-selected profiles will be called to a digital interview. Elcano is committed to equality of male-female opportunities and encourage filing applications by female candidates. 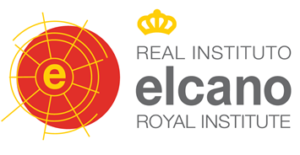