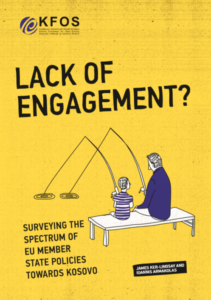 Kosovo’s declaration of independence in February 2008 resulted in a deep division within the European Union. While 23 EU members recognized Kosovo, five refused to accept its statehood. At the time, many observers expected the non-recognisers to fall into line eventually and accept Kosovo. However, in the decade since then, that has not happened. If anything, the picture has become more complex. Rather than two distinct camps, four broad groups now exist in regard to this issue. Read the full text of the article by following the link below.