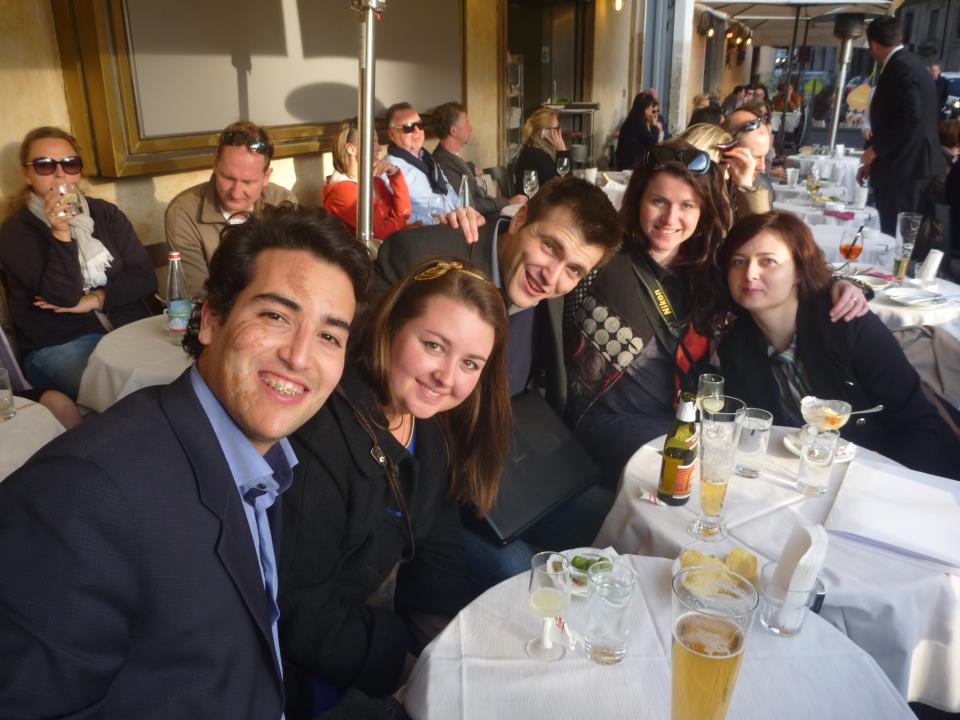 In the LISBOAN Workshop “The European Neighbourhood Policy after the Lisbon Treaty” organised on 22 March 2013 in Instituto Affari Internazionali  IAI in Rome, coordinated by Michele Comelli (IAI), the keynote speech delivered dr Barbara Lippert from the Stiftung Wissenschaft und Politik (SWP), Berlin. In the three sessions on 1. “Legal basis for the ENP and the possibility of neighbourhood agreement”, 2. “Has the Lisbon Treaty brought about more coherence to the ENP and the whole system of the EU external action?” and 3. “Does the ENP still make sense in the current geopolitical, economic and institutional context?”, took part experienced and young researchers: dr Peter Van Elsuwege, University of Ghent, Federico Casolari, University of Bologna, Hans Peter Neuhold, University of Vienna, Ettore Greco IAI, Alessandra Mignolli, University of Rome “La Sapienza”, Anita Sek, Trans European Policy Studies Association (TEPSA), Brussels, Dorina Baltag, Loughborough University, Rosen Dimov, University of Istanbul, Bogdana Depo, University of Cologne and Prague, Gianni Bonvicini IAI, Mohamed Youssef Laarissa, University of Hanover, Agnes Nicolescu, European Institute of Romania, Bucharest, Zsuzsa Ludvig, Institute of World Economics, Budapest, and Nona Mikhelidze IAI.
The European Neighbourhood Policy (ENP), launched by the EU on the eve of the “Big Bang” enlargement, had developed in an informal way, being based on “soft law” instruments. However, the Lisbon Treaty provides a specific legal basis for the ENP and, more in general, for the EU’s relations with neighbouring countries (art. 8 TEU). Interestingly, art. 8 TEU was placed in the Common Provisions of the Treaty on European Union, without any links neither with the article on enlargement, as it was the case in the Constitutional Treaty, nor the provisions on the EU’s external action. In addition, art. 8 TEU also provides for a new kind of agreements with neighbouring countries. Last but not least, the Lisbon Treaty has another important impact for the ENP, in that it has strengthened the High Representative, now also Vice President of the European Commission, and has brought about the creation of the European External Action Service (EEAS). As a result, while at the level of services, the ENP has been integrated within the EEAS, its political responsibility is shared between the Commissioner for (Enlargement and) ENP and the High Representative. Indeed, the Communications on the ENP issued after the entry into force of the Lisbon Treaty had been drafted jointly by the two of them. The cooperation between the two has been envisaged also when it comes to the programming of the financing instruments, that is the European Neighbourhood and Partnership Instrument (ENPI), that will be renamed European Neighbourhood Instrument (ENI). According to the 26 July 2010 Council decision on the EEAS, the programming of the ENPI as well as of other external assistance instruments shall be prepared jointly by the relevant services in the EEAS and in the Commission under the responsibility of the Commissioner in the designated area and shall be submitted jointly with the High Representative for adoption by the Commission.
The publication will be available soon.