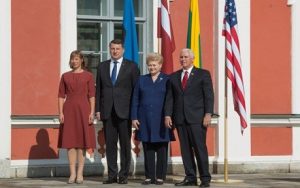 In 2018 the three Baltic countries jointly commemorated the centenary of their birth as independent states. The integrated inter-Baltic vision, together with the coordination of Lithuania+Estonia+Latvia on the foreign policy and strategic agendas –particularly in security, defence, energy and infrastructures– has given rise to a regional geostrategic cohesion that, along with the region’s economic and infrastructure development, has consolidated the Baltics within the EU and NATO. The region’s contribution to Euro-Atlantic security is active and significant given its border with Russia (against the backdrop of Russia’s recent aggression in Ukraine). The contribution of the Baltic countries to the EU in the post-Brexit context (especially through programmes like the Eastern Partnership) is wide-ranging, including support for the European sociopolitical convergence of Ukraine and Georgia and cooperation on regional energy security.