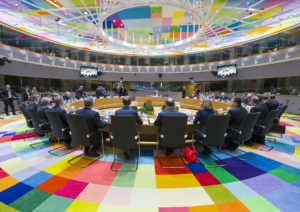 When the Finnish Presidency will take office in July, the EU will enter a new stage of the integration process: new personalities to manage the institutions and, as to content, a strategic agenda to be implemented.

The Strategic ‘Future’ Agenda 2019-2024 has also to be adopted during the June European Council session. The main -global- topics appearing in that agenda are related to: Protecting citizens and freedoms; Developing our economic base; Building a greener, fairer and more inclusive future; as well as Promoting Europe’s interests and values in the world. Other items appearing on the June agenda of the European Council concern, notably, the Multiannual Financial Framework and Climate Change.

Leaving aside whether the European Council will be able to adopt all these decisions, it is clear that the Union faces a new era in all respects.

A positive element in this regard concerns the outcome of the recent European elections. Not only the turnout of 50.97 % was the best result in 25 years. It is also a fact that a vast majority of the newly elected parliamentarians is in favour of a pro-Europe policy. The circumstance that the two bigger political groupings in the European Parliament (Christian-Democrats and Social-Democrats) will need the support of at least one other political group to acquire a majority in the Parliament can only strengthen the democratic character of the overall decision-making process. On the other hand it is interesting to note that, although the support for eurosceptical parties in the member states has increased, that has not happened to the extent that was previously feared. Moreover, once Brexit will take place, Nigel Farage and his followers will leave the Parliament.

In the meantime, the Brexit process itself is dragging on. Theresa May will step down as Prime Minister by 7 June, and the Conservative Party has to look for a successor. Whoever that successor may be, the personality concerned has to find a majority support for whatever Brexit arrangement in the House of Commons. That will not be easy in light of the fact that the package (Withdrawal Agreement and Political Declaration) Mrs May had agreed upon in Brussels represented in the end not such a bad end result of the negotiations. In fact, that package reflected, clearly, the option of a ‘hard’ Brexit, however with a number of ‘soft’ characteristics. Moreover, the House itself has already rejected once a ‘no-deal’ scenario.

Whereas the outcome of the Brexit process is still (!) highly unpredictable, the Union itself has at this moment in time other priorities on its mind. It is high time that the Union concentrates its attention on those priorities, referred to above. Instead of spending more time on problems, such as Brexit, which essentially have to be solved at the national level, the Union must first and foremost find adequate solutions for the real problems it will be confronted with in the near future.

Therefore, the Union must now look ahead, not aside.