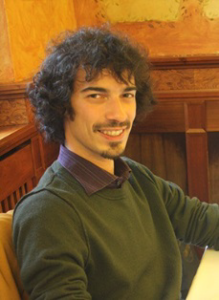 Matteo Del Fabbro, PhD candidate in Urban Studies and Regional Science at Gran Sasso Science Institute – GSSI, L’Aquila (Italy), has just concluded his research stay at Sciences Po’s CEE. Matteo Del Fabbro enjoyed the status of visiting doctoral fellow for a longer period than what initially scheduled, as a consequence of the intense scientific exchanges he has been developing with CEE’s academic members and doctoral fellows.
He worked especially with his academic referent at CEE, Marco Cremaschi, Professor of urbanism and with Tommaso Vitale, Associate Professor of Sociology at CEE, who accepted to take up the role of thesis supervisor. Under their guidance and with their support, Matteo Del Fabbro developed two new research pieces and carried out the fieldwork of his doctoral research in the metropolitan area of Milan.

He formally contributed to the CEE’s scientific activities through the presentation of his findings, at different stages of consolidation, on the economic geography of the Milan metropolitan region:

During the last six months of his research stay at CEE, under the supervision of Tommaso Vitale, he completed the writing process and submitted his thesis at GSSI’s Urban Studies and Regional Science Doctoral Program, with the title “Transforming Proximity. Local actors enacting territorial strategies and restructuring policy-making in metropolitan Milan”. The thesis defense is scheduled for July 2017.