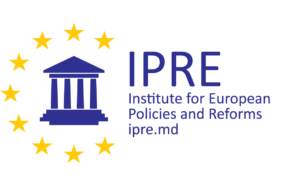 The Institute for European Policies and Reforms (IPRE) was established in March 2015 as an independent think-tank. We are specialised in research, analysis and advocacy of policies in the areas of public administration, good governance, rule of law, public finances and economic development. Our experts and researchers are also active in assessing national, transatlantic and European foreign and security policies.

The Institute’s mission is to accelerate the European integration of the Republic of Moldova by promoting systemic reforms, enhancing participatory democracy and strengthening the role of citizens in national and local decision-making processes. It seeks to achieve this by:

IPRE has a number of objectives, including: conducting research, public policy development and monitoring of the key areas of transformation as provided by the EU-Moldova Association Agreement, promoting research and public policy products on the local, national and European levels, including through advocacy actions, building and participating in thematic non-governmental coalitions, and empowering youth and local media aiming to promote civic engagement and participatory democracy.

Since it was established, IPRE has become one of the leading Moldovan and Eastern Partnership think-tanks, specialised on issues of European integration, foreign and security policy, promoting good governance and rule of law policies, affirming itself as a credible reference centre for research, policy development and empowerment. At the same time, IPRE managed to go beyond traditional research-based think-tank, contributing to citizens’ participation in assessment and promoting public policies. IPRE is also active in promoting policies and research via tailored advocacy effort on the national, regional and European levels in particular.