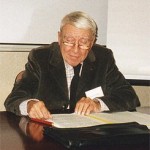 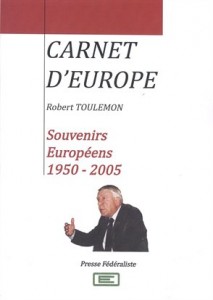 Robert Toulemon is a convinced advocate of European federalism. The book will be of great interest to European historians but also has a relevance to those advocating a federal response to the current crisis. Rober Toulemon is a honorary finances general inspector and was a high official at the European Commission from 1962 to 1973 and worked with Robert Marjolin and Altiero Spinelli. He founded the ‘association française d’étude pour l’Union européenne (AFEUR)’ in 1975, which was in 2004 incorporated in the ‘association ARRI’ (Réalités et relations internationales) as the Club Europe-ARRI-AFEUR of which he is the President. He also taught European economic integration at Sciences Po from 1975 to 1980. He has been one of the founders of the TEPSA network and the book recollects many TEPSA meetings and conferences during the period.