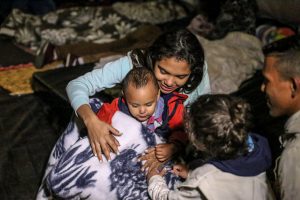 Since mid-2016 several Commission proposals regarding the reform of the Common European Asylum System (CEAS) are discussed regularly in the Council and European Council, without any progress being achieved. It appears to be impossible to find satisfactory solutions for issues like the distribution of migrants over the Member States (re-location) and a more effective control of the EU’s external borders (Schengen).

In that context everybody recalls the chaos in 2015/2016. Member States were not able to deal in an adequate manner with the massive influx of migrants coming from the Middle-East, Africa and Asia. Also some Member States autonomously decided to close their borders. As a result, the Dublin mechanism (developed in order to designate the Member State responsible to examine applications for asylum) failed and the Schengen system -one of those most important achievements of EU cooperation so far- collapsed. A shame for the EU but, more particularly, for the Member States since they are responsible for a correct implementation of decisions commonly agreed upon.

Migration is a phenomenon of all ages. It may be that the number of migrants has gone down since 2015, but the problems are not over. On the contrary, they will stay with us. The outstanding issues therefore need urgently to be solved.

In the meantime, migration is one of the core files of the Future Agenda of President Tusk. It will certainly be a prominent point on the agenda of the informal Summit meeting of Heads of State and Government on 9 May in Sibiu. On the other hand, the fact that the CEAS reform has still not been completed is a serious risk for the reputation of the EU as a credible actor in the run-up to the European elections of 23-26 May. Indeed, the EU is regularly blamed for the negative impact migration sometimes has on local and regional societies in its Member States. Such blames may be unjustified, however, populists know exactly how to exploit the weaknesses of EU cooperation or rather, in this case, the absence of adequate EU action!

Certainly, solidarity is the key word in the discussions. Nonetheless, the problems of Member States more particularly affected by the influx of migrants are often, for whatever reason, not fully recognized by other Member States. Too bad, but that apparently is the reality.

So far the ambition is to find common solutions requiring uniform contributions from all Member States to achieve the result aimed at in each individual migration file.

Perhaps, however, a new approach is needed to force a breakthrough. The reference here is to a ‘flexible’ approach of the solidarity principle. In such a context, all Member States accept their responsibility and participate in the decision making. Each of them also accepts a share in the process of implementation of the package adopted. The merits of those shares are, on balance, equal for all Member States. However, individually, the contributions may vary as to content, they can be different in nature. With regard to migration that could mean in concrete terms that some Member States will be involved in the relocation of migrants, whereas other Member States provide human capacity, adequate infrastructural facilities and/or financial resources in the process to reinforce the EU external border control system.

So much is clear that the EU cannot afford itself to keep these files much longer on the table unsolved. On the contrary, the EU must act quickly in order to avoid harsh criticism because of the lack of action. A failure to act may cause a lot of damage in the campaign for the European elections, and thereafter.

Perhaps, therefore, balanced ‘variations’ practised by the Member States in the stage of implementation of migration decisions can provide a way out.