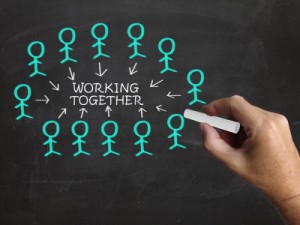 These days Europe experiences serious global challenges, all related to the principle of solidarity.

First of all the Greek economic crisis. Whatever the background and history of the crisis, it is obvious that Greece is not able to solve its problems entirely by itself. The same was true for the earlier crises, the banking crisis, the euro crisis and the sovereign debt crisis. Equally all instruments regarding economic governance adopted so far are the result of common action. So, in the economic area continuous cooperation and support is needed from all sides: the Member States and institutions like the ECB and the IMF. Common problems have to be solved commonly.

Another problem concerns the geopolitical tensions at our Eastern border, the conflict in Ukraine in the first place. After the Russian annexation of the Crimea and the unrest arisen in the Donbas region, we all have realized that threats at our external borders may have an impact on the security of all of us. Also these threats cannot be tackled by Member States individually. On the contrary, common action is needed, in this case in cooperation with NATO.

Finally, the refugee crisis. Europe has difficulties to handle the massive influxes of displaced persons mainly coming from countries like Syria, Eritrea and Iraq. Recently even a vote in the JHA Council was needed in order to establish a fair quota system to distribute 120.000 refugees over the Member States. Again, no Member State can solve these problems on its own and no Member State should try to escape from its responsibilities in this domain either.

All issues mentioned are of high importance and global in nature, but also related to solidarity. We must help and assist each other to find suitable solutions for them.

The EU is well equipped to render good services here. The EU procedures and institutions function properly and its decision making process is democratically safeguarded. That said, it is not a matter of simply transferring new competences to the European Union. The process is more complicated than that. Keeping in mind the national competences and responsibilities at stake, instruments like coordination, exchange of best practices and sharing of (physical and financial) responsibilities have to be used. Also more discipline is required, regarding the application and enforcement of commonly agreed decisions. In fact, all activities mentioned can best be organized and coordinated at the European level.

The concentration of responsibilities at the European level will certainly have consequences for the dividing lines separating the competences of the Member States from the competences of the European Union. However, if practice shows that cooperation is needed to solve issues which cannot be handled by individual Member States, let’s not hesitate and do it. It is as simple as that. Eventually even the legal framework of the Union has to be amended for that purpose.

Nobody can deny, that what is needed in order to resolve the mentioned issues is ‘more Europe’. Such a result is in the interest of all of us: Member States, their citizens and the European Union as a whole. To put it differently, the alternative –all responsibilities remain at the national level– is a recipe for confusion, disharmony and unrest.