This paper examines the career trajectories of new health policy elites in the American federal government, identifying areas of expertise, partisan alignments, relationships to interest groups, and institutional constraints. We demonstrate that, in both the American and French cases, policy elites who have risen through prestigious educational institutions and undertaken extensive professionalization in government, have in fact developed comparable characteristics that blend broad knowledge of social, institutional, and partisan issues with technical skills. We argue that, benefiting from extensive experience in the back offices of power, deeply entrenched in the health policy sector, and promoting a programmatic reform agenda that reaffirms the regulatory powers of government, the new American health policy elites worked behind the scenes to draft and implement the final ACA legislation. Their ambitious, far-reaching reform effort succeeded where many advocates of comprehensive reform had failed, anchoring the political and institutional framework of the U.S. health care system. 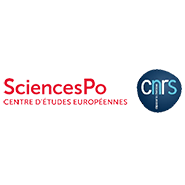