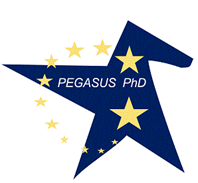 From November 2012 onwards, TEPSA started a new project, PEGASUS, together with the University of Cologne, Charles University in Prague, the Institute for Advanced Studies in Vienna, the Middle East Technical University in Ankara and Maastricht University. The project which will last 2 years.

In the context of this project, TEPSA will notably be involved in the design and outline the different modules composing the professional training component of the project such as academia, consultancy, public administrations clusters and will extend the reach of the PEGASUS joint PhD towards partners and practionners from the EU and public institutions, NGOs.