IRMO is a partner on the research project “PRECARIR – The rise of the dual labour market: fighting precarious employment in the new member states through industrial relations” financed by the DG Employment, Social Affairs and Inclusion. This project which will be implemented in 2015 and partly in 2016 is coordinated by the Dublin City University while IRMO participates as one of the seven project partners. The main aim of the project is to explore how the strategies of employers and trade unions across 10 EU Member States represent the interests of non-standard and vulnerable groups in precarious employment forms and how the needs of these groups are addressed in the process of collective bargaining and other initiatives of the social partners. In addition to country specific analysis, the project will have a sector focus with a more detailed investigation of precarious employment and social partner strategies and actions in the five economic sectors: public healthcare, metal industry, construction, retail and temporary agency work. Empirical research will be conducted in nine new EU member states and in Greece, where social partners traditionally enjoyed greater mobilization and bargaining capacities. Detailed national reports will be written for each of the 10 countries in focus of this project. These reports will serve as the basis for a thorough comparative analysis of how industrial relations structures, institutions and processes impact upon the regulation and/or reduction of precarious employment. 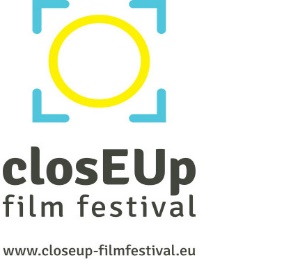 In December of 2014 IRMO finalized the project “Film Festivals with Creative Documentaries about First Hand Experience from EU Funded Projects – ClosE_Up”. The CloseUP promoted successful projects co-financed by the EU in Croatia and their benefits through a series of film festivals in Split, Dubrovnik, Krapina, Slavonski Brod and Zagreb. Twenty short creative documentaries, related to adventurous tourism, cultivation of olives, stone masonry and jewellery making in Dubrovnik, were shown at the festivals. Projects also dealt with the recovery of landfills, student’s mobility improvements, job finding as well as the preservation of natural and cultural heritage. The aim of the festivals was to present wide possibilities of obtaining the EU funds and their diversity, to raise interest of the public for project applications, attract participants to develop project proposals and implement their own projects. The workshops on the EU programs intended for adults and focusing on the project preparation and the project cycle were held within the framework of the film festivals. Lectures on project preparation for the younger generation were held for 567 students in 15 high schools in the festival towns. Furthermore, following the same topic, 20 on-line multimedia lessons were published on the project website. The ClosEUp project implemented as a part of the EU IPA INFO 2012 program lasted for 18 months.