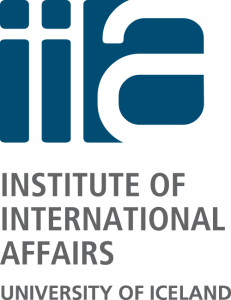 Opening of HÖFÐI Reykjavík Peace Centre at the University of Iceland

The University of Iceland and the City of Reykjavik launched Höfði Reykjavik Peace Centre on October 7, 2016. The opening seminar entitled Rethinking Peace and Power was held in the Ceremonial Hall of the University of Iceland, with opening remarks by Guðni Th. Jóhannesson, President of Iceland. Amongst other participants at the opening seminar were keynote speakers, Steve Killelea, Founder & Executive Chairman of the Institute for Economics and Peace and author of the Global Peace Index and Annika Bergman Rosamond, Senior Lecturer at the Department of Political Science, Lund University.

HÖFÐI Reykjavík Peace Centre is run under the auspices of the Institute of International Affairs at the University of Iceland and is a forum for international multidisciplinary cooperation, with an emphasis on the role of small states, cities and citizens in promoting peace. Reykjavik has placed great emphasis on human rights and peace in its work and policies. The launching of HÖFÐI Reykjavik Peace Centre at the University of Iceland is thus an important next step in Reykjavík’s mission of becoming a city of peace. The Peace Centre will promote non-violent communications, the eradication of interpersonal violence and peaceful relations between states and organizations. Additionally, it will promote peace through research and education, including the development of a graduate programme in peace and conflict studies at the University of Iceland.

HÖFÐI Reykjavík Peace Centre will carry out diverse projects during the first years of its operation, such as an analysis and action plan against hate speech to be utilized in raising awareness on the issue. Among other important projects of HÖFÐI Reykjavík Peace Centre is the development of a four‐day summer school for children of diverse origin, where they will learn from each other the importance of peaceful communication and constructive dialogue, in an interactive environment.

The creation of HÖFÐI Reykjavík Peace Centre provides the Institute of International Affairs with the opportunity of expanding its research areas that will lead to a greater emphasis on the challenges now facing modern societies, such as climate change, immigration and refugee issues, increased diversity, as well as rising nationalism and populism in the mainstream discourse. HÖFÐI Reykjavík Peace Centre will also organise open seminars at the University of Iceland, focused on the role of cities, small states and citizens in promoting peace. To promote the different research fields within the Institute, an annual international conference will be organised in collaboration with local and international partners, bringing together different actors in a dialogue on current international affairs and issues related to peace.

The Centre for Small State Studies awarded an Erasmus+ grant

Pia Hansson, Director of the Centre for Small State Studies, Tómas Joensen, Project Manager at the Centre for Small State Studies and Baldur Þórhallsson, Professor of Political Science at the University of Iceland developed the project and are in charge of its implementation on behalf of the University of Iceland in cooperation with academics from the other nine universities. During the next two years the ten higher education institutions will develop close cooperation in the field of small state studies. The grant will be used to develop teaching in small state studies within the partner universities, as well as to organize summer schools, seminars, and to develop curriculums in small state studies for higher education.

The Erasmus+ grant is a great acknowledgment of the work carried out by the Centre for Small State Studies, which has specialised in the role of small states in Europe. In 2013, the Centre was awarded a Centre of Excellence grant from the European Union and has operated as a Jean Monnet Centre of Excellence since then. The centre furthermore received an Erasmus+ grant in 2014 for a project that ended successfully in August this year. The Centre for Small State Studies has organized an annual summer school since 2003 and recently received an award of excellence from Erasmus+ for the project.

The Centre for Arctic Policy Studies at the Arctic Circle

The Centre for Arctic Policy Studies participated in the Arctic Circle Assembly held in Reykjavík 7-9 October. The Centre organized two breakout sessions and a workshop. The first breakout session was on Arctic university cities and focused on the crucial role of cities in fighting climate change, the need for various actors to come together and share knowledge, experiences and best practices. Arctic university cities make an interesting case to explore as they are often isolated, dependent on natural resources, and particularly vulnerable to the impact of climate change. The other breakout session and the workshop were a part of a project supported by NOS-HS. The project titled Northgate is a series of three workshops focusing on the sociocultural aspects of climate change in the North Atlantic Gateway to the Arctic. The theme of the workshop and the breakout session was movement of people in the Northern regions, looking at different reasons for the movement and migration, ranging from climate refugees to tourism.