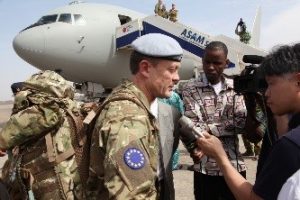 Bård Drange is a Junior Research Fellow at NUPI. He contributed this op-ed for EUNPACK, a three-year EU-funded research project on the EU’s crisis response. The op-ed was originally published by Euractiv.

Since 1992, the EU has launched more than 35 civilian and/or military missions abroad. The EU seeks, ideally, to prevent conflicts before they erupt. However, it has also been involved in ongoing, violent conflicts as well as post-conflict scenarios. Engaging in ongoing conflicts brings with it – naturally – a set of extraordinary challenges.