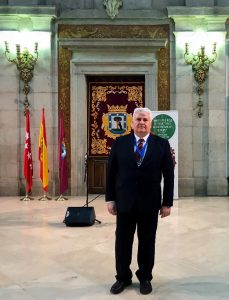 On 10-12 April 2019, Razumkov Centre took part in the 2019 European Think Tank Summit in Madrid, along with representatives of over 60 top think tanks from Europe and other parts of the world. The event was organised by Think Tanks and Civil Societies Program of the University of Pennsylvania (TTCSP), leading Spanish think tanks – Elcano Royal Institute, Fundación Alternativas and Barcelona Centre for International Affairs (CIDOB).

Razumkov Centre was represented by Deputy Director General – Director of Political and Legal Programmes Yurii Yakymenko. For the Centre, this event was the tenth major international think tank forum organised by TTCSP since 2012.

Representatives of the international analytical community discussed the role of think tanks in the future of Europe amidst such challenges as reformatting of the post-World War II global order, dangerous tensions in relations between global centres of influence, trade wars, BREXIT, discussions about the future of European security and future European Parliament elections.

Read more about it here. 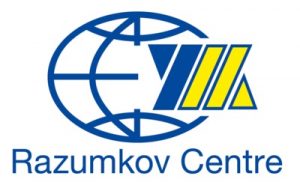