György Raskó former state secretary, agricultural entrepreneur, “Comparative analysis of agricultural development in the EU and in Hungary, with special emphasis on the efficiency of production”

“Challenging the Theories: An Analysis of Russian FDI in the Visegrad Countries”
19-22 April 2016, Moscow – Russia

Judit Ricz was among the members of the round table ’Brazil in a political and economic crisis’.

4 May 2016, Headquarters of the Hungarian Academy of Sciences – Budapest

Conference in the memory of József Bognár, internationally acknowledged and respected economist-director of the World Economy Institute

5 May 2016, Confutius Institute of Eötvös Loránd University of Sciences – Budapest

“Silk road economic belt – connecting China with Central and Eastern Europe” – was the title of Ágnes Szunomár’s presentation at the conference “China – In the mirror of global challenges“.

Erzsébet N. Rózsa was member of the panel ’State and economic security in the transforming Middle East: The aftermath of the Arab uprisings’ at the Foreign Security Policy Conference.

Ágnes Szunomár took part in the European Economic Congress as member of “The Visegrád group in the global arena. Prospects of development of relations with the emerging markets” panel.

19-20 May 2016,  Technical University of Ostrava, Faculty of Economics, Department of European Integration – Czechia

(Session 2.B – Economic and Monetary Aspects of European Integration)

András Inotai participated in the “New perspectives on the economic history of Central, East and South-East Europe” (Institute for East and Southeast European studies and University of York, Regensburg)

Erzséber N. Rózsa was among the members of the round-table meeting “Migration nowadays”

“The next 25 years in the world“ – lecture by Mihály Simai

26 May 2016, visit to Budapest of the “Honors”- Academy University Regensburg

Lecture by András Inotai on the “Economic and socio-political development of Hungary after the global crisis of 2008, with special reference on EU-Hungarian relations” (in German).

“The moral bases of modern economic growth” – lecture by Károly Fazekas, director of CERS HAS

András Inotai at the Progressive Economy (S&D Group in the European Parliament), Brussels, Scientific Council meeting on “Current and future challenges of the European Union”. Connected to the conference evaluation of four papers on “Reforming the Economic and Monetary Union” for the award ceremony on May 31.

“Why global depression do not come to an end?” – presentation by Péter Farkas   in the Workshop Series of our institute

András Inotai’s intervention focused on the “New factors of global competitiveness and the EU”.

Sándor Meisel and Ágnes Orosz participated at the Hidden Triggers project conference, the title of which was “How to increase integration chances of Ukraine”.

“One belt one road – Connecting China with Central and Eastern Europe” – title of Ágnes Szunomár’s presentation at the conference “One Belt, One Road: Belted Road to the Better Future”. 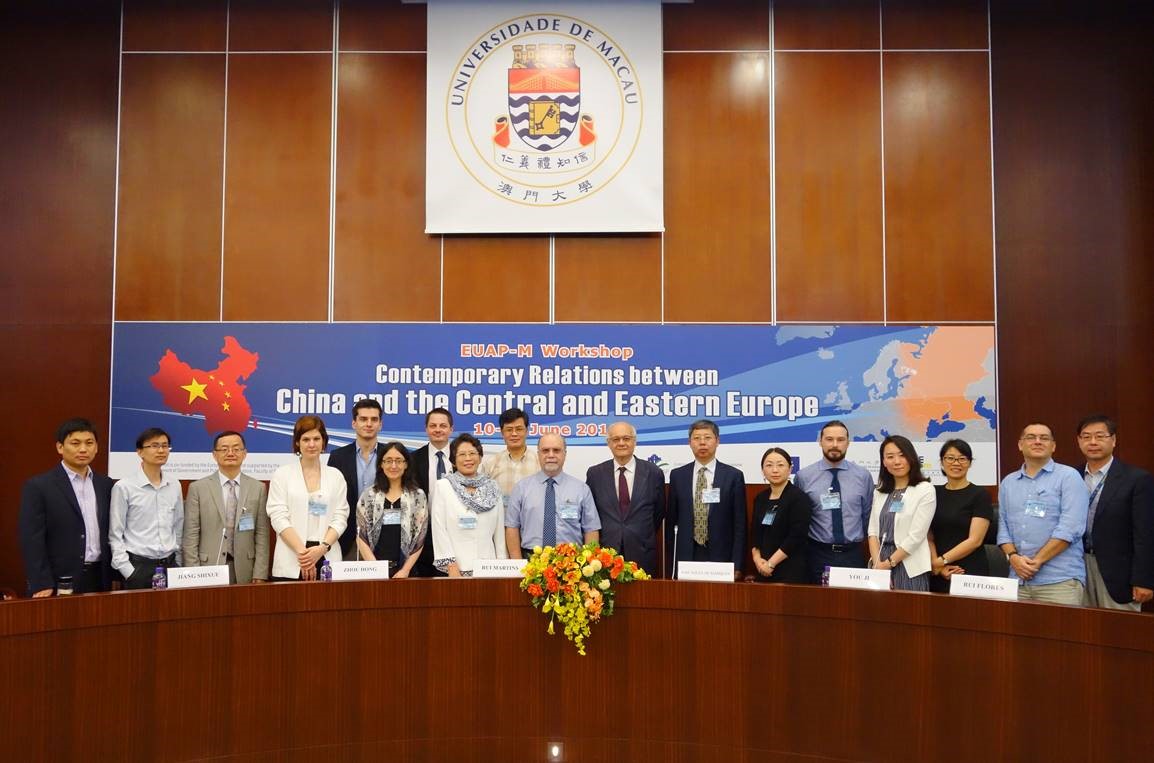 Workshop on the “Contemporary relations between China and the Central and Eastern European Countries” – The Institute for World Economy was represented by Ágnes Szunomár.

“On the relationship between trade agreements and institutional and political factors”, within the frames of Economics with policy – international seminar series
Laura Márquez Ramos (Departament d’Economia – Universitat Jaume I).