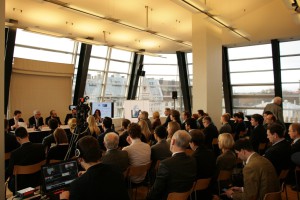 The discussion on contemporary security challenges in Central- Asia was opened with a keynote speeches by Lolita Čigāne, Chair of the European Affairs Committee of the Parliament; Latvia and Igors Apokins, Ambassador- at- large; Latvia. The speakers were featured from the EU and Central- Asian states and consisted of Nargis Kassenova (KIMEP University: Kazakhstan), Nazokat Kasymova (Tashkent State Institute of Oriental Studies/ UN Office on Drugs and Crime Regional Office for Central- Asia; Uzbekistan), Neil John Melvin (Stockholm International Peace Research Institute; Sweden), Józef Lang (Centre for Eastern Studies, Poland) and Māris Andžāns (Resarch Fellow in the Latvian Institute of International Affairs), and was moderated by Andris Sprūds (Director of the Latvian Institute of International Affairs). 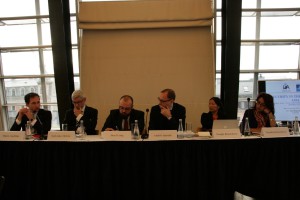 The topics covered included the stability of Afghanistan after the withdrawal of NATO forces, radicalization of the society and terrorism, organised crime and drug trafficking, border management. The event was organised with the support of the North Atlantic Treaty Organisation (NATO).

More information and pictures can be found here.

The public discussion was aimed at providing an expert assessment, and discussing with the society how the EU and Russia affect the economic situation in the Eastern Partnership states and assessing the social and political implications of this influence. The goal was to identify the available legal and strategic tools that could be applied by the 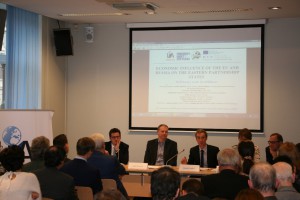 EU in order to more substantially impact policies of the Eastern Neighbourhood states. 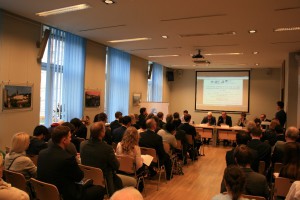 The event was part of the TEPSA project “Eastern Neighbours and Russia: Close links with EU citizens – ENURC” and was organised with the support of the Friedrich Ebert Stiftung, the Europe for Citizens programme of the European Union, and The Black Sea Trust, a project of the GMF.

In the roundtable discussion, organised in a close cooperation with the Institute for National Defence and Security Policy Studies at the Swedish Defence University and the Stimson Center (USA), participants discussed two nuclear war scenarios in the Baltic region and their prevention possibilities. The discussion also focused on the option to establish a Baltic Nuclear Weapons Free zone and its realistic viability.

The roundtable was moderated by Andris Sprūds (Director of the Latvian Institute of International Affairs).