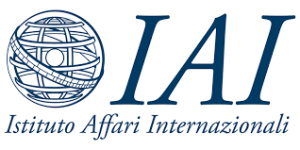 A Conference on “The Impact of US monetary policy on the Euro Area“, with Richard W. Fisher, President, Federal Reserve Bank of Dallas was organised on 25 September, Rome.

A Closed-door seminar on “EU-Turkey Energy Cooperation in the Neighbourhood” was organised on 16 September, Rome.

A Seminar on “Serbia’s road to the EU“, with Tanja Miščević, Head of Negotiating Team for Accession of the Republic of Serbia to the EU was organised on 22 July, Rome

A Seminar “The Unfulfilled promise: Completing the EU enlargement to the Balkans“, in cooperation with European Fund for the Balkans (EFB) was organised on 1 July, Rome.

A Seminar on: “Priorities of the Latvian Presidency of the EU“, with Edgars Rinkēvičs, Minister of Foreign Affairs of Latvia was organised on 30 June, Rome.

A Conference with L. Tsoukalis su “The Unhappy State of the Union: A new grand bargain for Europe“, in the framework of the series “The future of the European economy” was organised on 30 June, Rome. Click here for the conference video.

A Final conference of the project “Towards a more united and effective Europe” was organised on 27 June, Rome
Click kere for the conference videos, photos and report.
More information about the project can be found here.