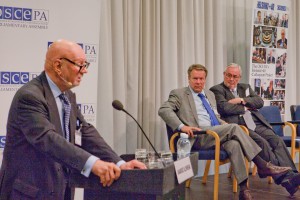 The conclusions of the OSCE Parliamentary Assembly’s Helsinki +40 Project and its Final Report, “Building the OSCE of the Future” were discussed at a seminar organised by the OSCE PA and FIIA at Finlandia Hall on 5 July. Opened by OSCE PA President Ilkka Kanerva, the seminar included remarks by PA Secretary General Spencer Oliver, and long-time Finnish diplomat, Ambassador Jaakko Iloniemi. 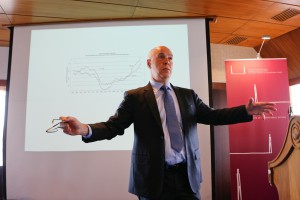 Peter Trubowitz, professor and director of the US Centre at LSE, gave a key note speech on “Long term priorities for US foreign policy” at FIIA’s Centre on US Politics and Power Summer Session on 9 September.

The seminar was part of FIIA’s Center on US Politics and Power second Summer Session on “Smarter Forms of Hard and Soft Global Power “ in Helsinki on September 9-11, 2015. The Summer Session examined the changing landscape of Western glob­al power and the program included thematic workshops and keynote presentations given by researchers on a wide range of topics related to smarter forms of power.