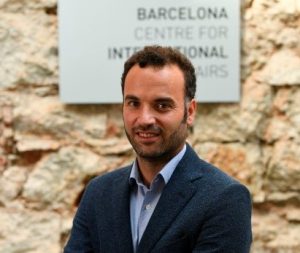 Pol Morillas has been appointed Director of CIDOB at an extraordinary meeting of the institution’s Board. With over 10 years of experience in the international relations field, CIDOB’s current Deputy Director will move into the management of the centre.

Pol Morillas (1982) is a political scientist, holds a PhD in Politics, Policies and International Relations from the Universidad Autónoma de Barcelona (UAB) and a master’s in International Relations from the London School of Economics. He is also an Associate Professor at the UAB, where he teaches European Foreign Policy and the Theory of International Relations, and a member of the Observatori de Política Exterior Europea. Previously, he has been Head of the Euro-Mediterranean Policies field at the European Institute of the Mediterranean (IEMed), Coordinator of the Political and Security Committee of the Council of the EU, and Advisor on External Action at the European Parliament. His numerous published research papers for academic journals and think tanks, like his opinion articles, cover the dynamics of European integration, the institutional developments of EU external action, the Common Foreign and Security Policy, the EU’s security strategies and Euro-Mediterranean relations, among other subjects. His book Strategy-Making in the EU. From Foreign and Security Policy to External Action will soon be published by Palgrave Macmillan.

As Deputy Director of Research and Senior Research Fellow in European Affairs at CIDOB, Pol Morillas has participated in various H2020 European projects funded by the European Commission. He is the lead researcher on the EU-LISTCO project, which is dedicated to studying the European Union’s external policy in the conditions created by the fragility of the states in its neighbourhood and the contested global order. He has also participated in other H2020 projects such as MENARA, FEUTURE and MEDRESET and collaborates with other think tanks and international organisations. He participates in international and European debates and seminars, and forms part of the TEPSA network (Trans European Policy Studies Association). He has closely followed the diverse crises in the European integration project, particularly Brexit, and has published various analyses of European Union reform and the debate on the multi-speed Europe. He likewise collaborates regularly with various media outlets (press, radio and TV) as a European and international affairs analyst.

More information about this here.