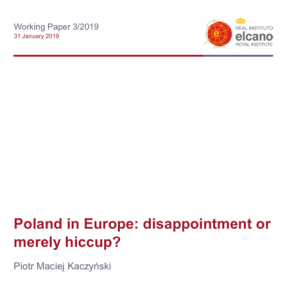 The judicial reforms put the Warsaw government on a collision course with the EU institutions over the rule of law. What is Poland’s position in the EU in the context of the political and economic developments under the Law and Justice government?

Since 2015 the one-party government in Poland has engaged in a policy of a radical change. A set of various reforms have been implemented, some of them highly controversial, such as the reform process in the judiciary. The judicial reforms –or ‘take over’– put the Warsaw government on a collision course with the EU institutions over the rule of law. This paper analyses three aspects of the Polish-EU relationship: (1) the state of the rule of law; (2) the economic challenges; and (3) the political position of Poland among EU member states.