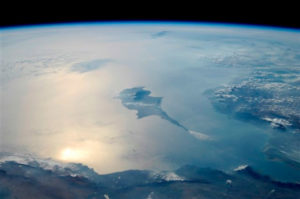 Cyprus’s ‘bi-communal negotiations’ have collapsed once again but in a manner that reveals diplomatic cacophony, deceptive international ‘diplomatic’ practices and serious mistakes by both the Greek and Turkish Cypriots themselves.

The immediate reason for the latest collapse in Cyprus’s ‘bi-communal’ negotiations is their interruption in late February 2017 by the Turkish-Cypriot leader Mustafa Akıncı. Meanwhile, Turkey’s Erdoğan Administration has undergone a profound crisis caused, among other reasons, by the country’s regional overextension, leading to manifold failures in Syria and Iraq and new problems with Washington and Moscow. But the Turkish crisis is also associated with Erdoğan’s desperate attempts to ‘impress’ conservatives and nationalists on account of the constitutional referendum of 16 April. Thus, Ankara is resorting to blackmail against the EU as regards the refugees, causing friction and conflicts primarily with Austria, Germany and the Netherlands but also with Denmark and Sweden, provoking Greece (in the Aegean Sea) and Cyprus by verbal and non-verbal actions, and blatantly manipulating the Cypriot ‘bi-communal negotiations’. It follows that the Greek Cypriots, instead of calling for an immediate return to the negotiating table, should opt for a new strategy and new tactics.