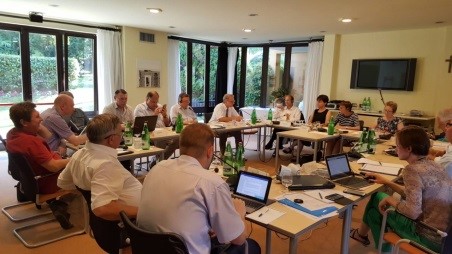 During August 20-23, 2017 a regular meeting of the Ukrainian-German-Russian expert forum “Conflict between Russia and Ukraine in the context of global change”, supported by the Konrad Adenauer Foundation was held in Cadenabbia (Italy). The experts from the three countries discussed the influence of geopolitical transformations on the resolution of the Russian-Ukrainian conflict, the role and positions of the USA and the EU, and also current state and prospects of relations between Kyiv and Moscow.

During this forum Co-Director of foreign relations and international security programs M. Pashkov presented the next issue of the Razumkov Centre “Trajectory of the conflict: The model of Ukrainian-Russian relations in the near-term outlook”, which was prepared with the assistance of the Representative Office of the Konrad Adenauer Foundation in Ukraine.