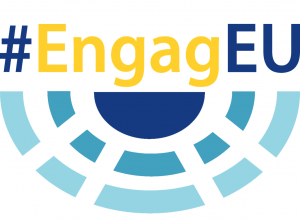 The next European elections in May 2019 will be held in the context of rising populism, protectionism and nationalistic tendencies in Europe. Furthermore, since the first direct Parliament elections 40 years ago, the constantly decreasing turnouts in the European Elections seem to confirm the perceived gap between European citizens and EU decision-making. Pro-Europeans face an increasing number of growing voices against the European project.

With the United Kingdom, an EU member state for the first time has opted to leave the Union following the decision of the British people in a referendum. In the aftermath of the very close result it soon became clear that a majority of the young citizens, who are also part of the generation Erasmus, think positively about the European Union but were not encouraged to vote in the end. This is only one example to emphasize the need to motivate, encourage and enable the young citizens for participating actively in the political processes.

Also Jean-Claude Juncker, President of the European Commission, has invited the EU citizens to actively participate in Europe-wide civic dialogues regarding the future of the European Union before the elections in 2019. But what do the young people actually think and which ideas, claims and visions do they have? Which topics have to be discussed regarding the young generation and their interests in the next parliamentary term? What could improve the identification with the European Union and what could bring the young people of all the different EU member states closer together?

With the project #EngagEU the Institut für Europäische Politik and its project partners in France, Centre international de formation européenne, Poland, WiseEuropa, and Brussels, the Europe-wide Trans European Policy Studies Association, organise a several months lasting collection and consultation process for ideas regarding the future of the European Union. Innovative digital tools will be used in order to enhance people’s participation during and after the idea development process.

Young Citizens from all around Europe will be invited to discuss youth relevant topics and ideas in four #YoungCitizens’FutureLabs aiming to lend them a strong and loud voice in the election campaign in the run-up to the elections in 2019. After this consultation process, the collected ideas and demands will be discussed at #YoungCitizens’Conventions with a broad public and also with decision makers. The developed ideas will be summarised in a multi-lingual Manifesto which will be addressed to the new elected Members of European Parliament after the elections.

You can find an overview of the project activities here.