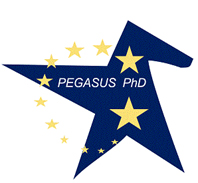 In the context of this project, TEPSA was notably be involved in the design and outline the different modules composing the professional training component of the project such as academia, consultancy, public administrations clusters and extended the reach of the PEGASUS joint PhD towards partners and practitioners from the EU and public institutions, NGOs.

The kick-off meeting of the project took place in November 2012 in Cologne as well as other project’ meetings in April 2013 in Vienna, in October 2013 in Prague and in January 2014 in Brussels.