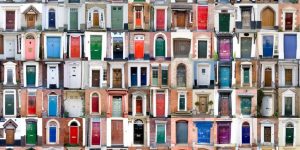 What can be done at European Union level to foster adequate housing conditions in European cities? This Policy Brief draws mainly on the international seminar “Promoting the Right to Housing at the EU level: challenges and policy proposals” held at CIDOB – Barcelona Centre for International Affairs on March 5th 2019. The seminar was organised by CIDOB, Barcelona City Council and United Cities and Local Governments’ (UCLG) Committee on Social Inclusion, Participatory Democracy and Human Rights. It brought together experts, practitioners and policymakers to discuss what supranational institutional tools and frameworks are required to tackle the housing problems experienced in Europe’s main urban areas.

The discussion pivoted around a draft version of “European Cities for Adequate Housing: Municipalist Declaration of European Local Governments for the Right to Housing and the Right to the City”, which outlines a number of demands made to the EU by city governments. It seeks to operationalise at EU level the “Cities for Adequate Housing” declaration presented at the High-Level Political Forum at the United Nations in New York in July 2018 and endorsed by more than 40 local authorities. (1) This paper also makes a documentary analysis of the main right-to-housing initiatives that have been launched at EU level in the past year. It aims to provide a critical overview of the principal legal and policy proposals put on the table, as well as of the broader political and economic context in which they are embedded. The text concludes by indicating a role for the EU as the enabler of different housing solutions.