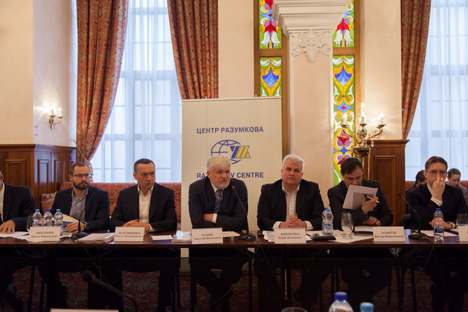 This report is issued since 2008 by the Think Tanks and Civil Societies Program of the Lauder Institute, University of Pennsylvania (USA).

The 2017 report was formed on the basis of surveys of approximately 4,000 partner institutions and experts from print and electronic media, academic institutions, state and private donor organisations, and governments worldwide, which chose the best from over 7,500 think tanks worldwide in different nominations.

Compared to the 2016 report, in 2017 Razumkov Centre went 12 positions up and took 44th place among Top Think Tanks Worldwide (including USA), and is the only representative from Ukraine in this category.

Razumkov Centre was also nominated in other report categories.

Razumkov Centre was 23rd in the Best Managed Think Tanks nomination and 19th among Top Think Tanks with Annual Operating Budgets of Less Than $5 Million USD.