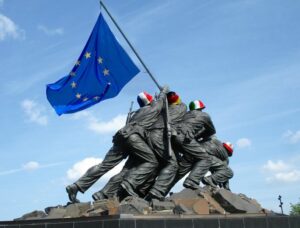 This being my first editorial as Secretary General of TEPSA I will approach matters from a personal angle. I will start by warmly thanking Jaap de Zwaan for his outstanding contribution to TEPSA over the past years, but also for having, together with Wolfgang Wessels, suggested my name to succeed him.

I have had a long European career as a practitioner, in the Luxembourg administration, in three cabinets in the Commission, and in the General Secretariat of the Council; in all of these functions I have worked very closely with the European Parliament. I feel privileged to have been part of the inner workings of what I consider to be the greatest political initiative ever to be launched on the European continent.

Now I am looking forward to seeing and promoting Europe from a different angle. I believe there should be a closer link between the people who work in the institutions and in national governments, and those who think about Europe, do research, and cast a critical eye on the functioning of Europe.

I can bring to TEPSA my experience as a practitioner: the actual functioning of the system, the constant search for compromise, the reality of the constraints in a Union of 27 very different Member States. The more the research done on Europe is rooted in a good understanding of the realities on the ground, the better it will be. But the converse is also true: the more the practitioners are confronted with the queries of the academic and think tank world and with imaginative reflections on possible future paths, the better they can do their job. The former have a tendency to see the glass half full, because they know how difficult it is to reach consensus, to find workable compromises and to square circles; the latter often tend to see the glass half empty because they take a more idealistic view and look at the desirable more than the feasible. Both sides are correct. It is only when the gap becomes too wide that this becomes a problem, because then we live in two parallel worlds that do not cross-fertilise each other.

I hope you will forgive me if I put on for one moment my practitioner’s hat. I strongly believe that the EU as it is defined in the Treaties and as it functions in reality is worth defending, warts and all. And I would even go further: it is worth doing so with passion. We should not leave the passion to the nay-sayers, who think that shared sovereignty is lost sovereignty, nor to the idealists who constantly criticise the EU for not living up to their lofty ideals. Leaving the field to the extremes is a recipe for disaster. Remember the words of Yeats in “The Second Coming”: “The best lack all conviction, while the worst are full of passionate intensity.”

This is of course not to say that we should refuse to think big and reflect on the future, including if necessary on further Treaty reform. Maybe the upcoming “Conference on the Future of Europe” can become a useful forum in this respect. But it this will only happen if it is not hijacked entirely by our Brussels bubble and if we accept that the Union deals with very many current challenges that will not be solved by institutional fine-tuning.

Turning more specifically to TEPSA, I feel attracted by the fact that it is not a classical think tank but an association of independent institutes across the EU and its neighbourhood. This can be a real asset: the proximity to the ground, the variety of the members, the cross fertilisation of a collaborative network allow for a bottom up approach that is sometimes lacking in Brussels. Looking at issues such as solidarity or populism merely from a Brussels perspective would be a mistake. We must understand what solidarity means, or does not mean, on the ground, including in a controversial area like migration. We should also look into the root causes of euro-scepticism. It seems to me that the research done under the TEPSA mantle on such issues is invaluable.

These are cross-cutting issues where TEPSA can bring added value and make a difference. Differentiation is another such theme where TEPSA partners are already quite engaged. I would add strategic autonomy, a concept that came to the fore in the context of the Brexit vote and the election to the White House of a President (now mercifully replaced by President Biden) who called into question all the traditional tenets of the transatlantic relationship. The COVID-19 crisis has further highlighted the need for this debate.

At a time when the EU continues to battle with the COVID-19 pandemic and the implementation of the massive recovery package that was agreed last year, the Green and Digital revolutions will be key elements of relaunching and strengthening our economy. Contrary to what could have been feared, they did not fall victim to what could have been a misguided focus on short term issues. Our Heads of State or government understood that we are in for the long haul and that the measures to be taken in this respect are potential enablers of a huge magnitude. The global role of the EU will be another major challenge in the coming years. This is a tough world outside, where our relations with China, Russia or Turkey are anything but easy, and where there are serious questions about the US. The arrival of the Biden administration is a welcome development. But a lot of work will be required, as well as mutual investment in the relationship, if we want to achieve a healthy and equal partnership.

But it is not enough to carry out good work. It is at least as important to make it known. To the general public and the academic world of course, and I know that significant progress in this respect has been done over the past years. But the findings of the studies have to be relayed in a more systematic and efficient way to the political decision-makers. The bi-annual Pre-Presidency Conferences and the briefings that go with them are useful tools, but that there is scope to further develop them and maybe review some of the modalities. This is not an easy task because the competition is fierce, the time of the politicians limited, and the background noise of social and other media overwhelming. But it can be done, and I will be more than happy to contribute towards feeding TEPSA work into the system and building links with the decision-makers.

I look forward with great enthusiasm to our collaboration over the coming years, in our common endeavour to allow TEPSA to be a key player in the debate about Europe.