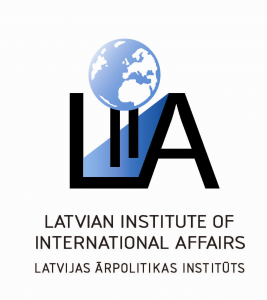 On 20 January, two days before the annual foreign policy debates in the Latvian Parliament, the Latvian Institute of International Affairs with the support of Friedrich Ebert Stiftung organized a public discussion “Latvian Foreign, Security and External Economic Policy in 2014-2015: Review and a Look Forward”. It featured Andris Sprūds (LIIA) as the moderator; an address by Werner Rechmann (FES); a comment by Jānis Kažociņš (MFA / MoD); and Kārlis Bukovskis, Diāna Potjomkina and Viljar Veebel (LIIA) as speakers. The event gave an overview of Latvia’s foreign policy in 2014 and an independent outlook for the year 2015. During the discussion, the latest LIIA publications – “Latvian Foreign and Security Policy Yearbook 2015” and “Economic Diplomacy of the Baltic States” – were also presented.

Here you can find more information and the video of the conference.

On 4 December, the Latvian Institute of International Affairs with crucial support from its partners organized the Latvian EU Pre-Presidency Conference “Moving the Union Forward: Involvement, Growth, Sustainability”. It was one of the first official presidency events. The topics of the conference included EU’s social and economic developments, EU’s role in the world, relations with the Eastern Partnership countries and the Central Asia region, as well as energy policy and the Single Digital Market. The conference brought together more than 40 prominent EU researchers and experts and approx. 120 listeners.

The conference was made possible by the partners – TEPSA and THESEUS – and by the organizations that provided essential support, namely the Fritz Thyssen Foundation, the European Commission representation in Latvia, the European Parliament Information Office in Latvia, and the Latvian EU Presidency.

The Final Report of the Conference is available here.