Normally, it is difficult to imagine a left wing and a right wing populist party building a government coalition together. In Greece, however, this has been a reality since the election of 25 January 2015. While the leftist populist party SYRIZA (Synaspismos Rizospastikis Aristeras, Coalition of the Radical Left) had won the elections and managed to obtain 149 of 300 mandates in the Parliament in Athens, it was missing two representatives for a majority government. So they formed a coalition with the right wing populist party ANEL (Anexartiti Ellines, Independent Greeks), which had won 13 mandates. In a new blog post for TruLies, Heinz-Jürgen Axt analyses what motivations among the parties were behind this development.

Since the European Parliament elections in 2014, the Front National (FN) managed to establish itself as the strongest party in every first round of elections and was always able to increase its absolute amount of voters in the run-off. How did it come about that the FN, which has been a part of the French party system for 45 years, could establish such a stable electorate in the last few years and thus be designated as “le premier parti de France” (France’s first party), no longer just by party members but also by other political actors and some of the media? 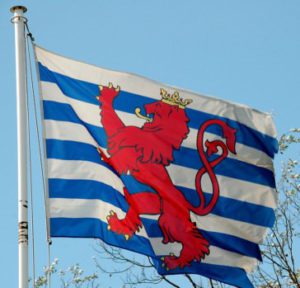 “Mir wëlle bleiwe wat mir sin.“ (We want to stay what we are.) This national motto of Luxembourg emerged in the 19th century, the era of development of national a consciousness, and was supposed to make reference to the independence of the grand duchy. However, to the dismay of many Luxembourgers, more than 100 years later, this sentence was used by the now dissolved, racist Luxemburgish “national movement” under the lead of Pierre Peters, an economist sentenced for xenophobia. While Luxembourgers are known for being down-to-earth, their multilingualism and cosmopolitanism usually means that xenophobia is not much of an issue. It could therefore be asked if Luxembourg is a country “immune against racism”, as was claimed by a sociological study in 1997. Accordingly, the underlying question would be: Why are populist parties relatively successful in some Western European countries, while they fail in others? In a new TruLies blog post, Jean-Marie Marjerus traces the development of the few slightly populist movements in Luxembourg and the reasons for their lack of success, but also asks if Luxembourg can stay an “Island of the Blessed,” surrounded by a populist ocean.

On the road towards a new EU-Central Asia Strategy, March 2017

In the current issue of “Zentralasien-Analysen”, Katrin Böttger and Julian Plottka published an article on the update of the 2007 EU-Central Asia Strategy. The authors claim that such an update should be in line with current changes in global geopolitics. In doing so, attention must be paid to coherence between the strategy’s aims and the recently adopted Global Strategy of the EU, as well as the funding instruments for the region. Against this backdrop, this article aims at stimulating a debate on the updating of the strategy as it is envisaged by the EU Special Representative for Central Asia for 2019.

On the road towards a new EU-Central Asia Strategy

Ireland and the European Union have a turbulent history – from two negative referenda about treaty changes, over rising Euroscepticism during the eurozone crisis, to the uncertainty of Brexit. Despite these challenging incidents, the vast majority of the Irish population, including political parties and civil society organizations, are optimistic about the EU’s future. Why? In her blog, Mary C. Murphy analyzes Ireland’s relationship with the EU and finds several reasons for its pro-European stance: Economic and political benefits from EU membership, the irrelevance of fringe parties, and a largely positive attitude towards immigration.

The Limits to Euroscepticism in Ireland (TruLies Blog by Mary C. Murphy) 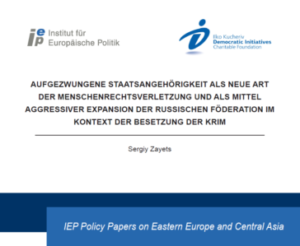 Zayets, Sergiy, Imposition of Citizenship as a new Human Rights Violation and a Means of the Aggressive Expansion by the Russian Federation in the Context of the Occupation of Crimea, March 2017

A new policy paper by Sergiy Zayets, Regional Centre for Human Rights (Kiev), on “Imposition of Citizenship as a new Human Rights Violation and a Means of the Aggressive Expansion by the Russian Federation in the Context of the Occupation of Crimea“ has been released in the framework of the project “Think Tanks in the Ukraine: Strengthening expertise and promoting European cooperation“. This project is led by the Institut für Europäische Politik (IEP) in cooperation with the Ilko Kucheriv Democratic Initiatives Foundation (DIF), and is supported by the German Federal Foreign Office.

How can we resist the Erdoganization and Orbanization of democracy? In his blog, Damian Alexandru provides a positive reading of the situation in Romania: though a populist and xenophobic election campaign led the Social-Democrats to victory and government, once in power, the party had difficulties to fulfill its promises and antagonized parts of society. When the government then attempted to decriminalize corruption-like offences, the largest protests since the fall of communism erupted in Romania. Alexandru thus argues that it is civil society resistance that can stop populism, fake news, and the establishment of “illiberal democracies”.

Populism in Romania: Between Numbness and Strong Reactions (TruLies Blog by Damian Alexandru)

Rekhtman, Yelizaveta, Communications Strategy as an Instrument for the Reintegration of the non-government controlled areas of the Donbas, March 2017

A new policy paper on “Communications Strategy as an Instrument for the Reintegration of the non-government controlled areas of the Donbas“ has been released in the framework of the project “Think Tanks in Ukraine: Strengthening expertise and promoting European cooperation“. This project is led by the Institut für Europäische Politik (IEP) in cooperation with the Ilko Kucheriv Democratic Initiatives Foundation (DIF), and is supported by the German Federal Foreign Office.

Which qualities mark the Ukrainian diaspora in Germany, and what potential does it have to affect the design of the relationship between the German and Ukrainian societies? These and other questions are discussed in the article, ”Die ukrainische ‚diasporic community‘ in Deutschland: Charakteristika und Engagement fürs Heimatland”, by Ljudmyla Melnyk, Magdalena Patalong and Richard Steinberg. This article is a part of the project “Ukrainians in Poland and Germany – Civic and Political Engagement, Expectations, and Opportunities for Action”. 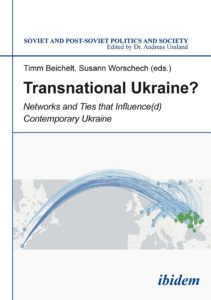 Patalong, Magdalena / Steinberg, Richard, The Influence of Protest Movements on the Development of Diasporic Engagement: The Case of Euromaidan and its Impact for the Ukrainian Diaspora in Poland and Germany, March 2017

Magdalena Patalong and Richard Steinberg published an article together with Andriy Korniychuk of our partner the Institute of Public Affairs (IPA), Warsaw, in the most recent issue of “Soviet and Post-Soviet Politics and Society“. The volume by Timm Beichelt and Susann Worschech deals with the transnational aspects of the situation in the Ukraine and the Ukrainian diaspora under the title “Transnational Ukraine? Networks and Ties that Influence(d) Contemporary Ukraine“.

This research paper assesses the state of affairs of the transatlantic cooperation to support transformation processes in the Republic of Moldova, as a case study for the post-Soviet space. The authors review the course of European integration and reform processes in the Republic of Moldova since mid-2009, when the then liberal-democratic pro-European and pro-reform coalition replaced eight years of Communist rule.

Research Paper published: “Assessing the State of European Integration and Potential for Transatlantic Cooperation in the Post-Soviet Space: The Case of Moldova” 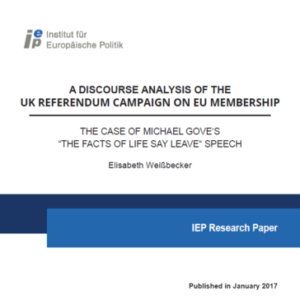 In this IEP Research Paper the author Elisabeth Weißbecker uses Ruth Wodak’s Discourse-Historical Approach to analyse Michael Gove’s “The Facts of Life say Leave” speech in order to examine how the case for Brexit was made in the referendum campaign. Weißbecker shows that Gove’s argumentation relies on numerous misrepresentations of the EU and the delegitimisation of the opposing ‘Remain’ camp by ridicule, in order to convey that leaving the EU is a promising prospect while staying is a danger. Gove’s argumentation benefits from a historically negative EU-discourse based on negative media coverage, politicians’ EU-bashing rhetoric, a cultural distance and a disdain for supranationalism, suggesting that the referendum result can be traced throughout the UK-EU relationship.