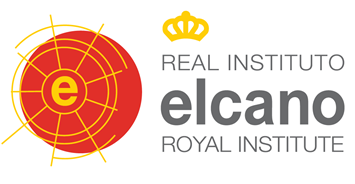 Miguel Otero-Iglesias, How to strengthen the G20: Spain’s multilateral perspective. 25.02.2016. In the context of slow growth, destabilizing capital flows and currency wars, the G20 must develop joint solutions to overcome common problems. The threats faced are protracted rather than punctual and not easy to explain, which has dampened the sensation of urgency. The resulting inactivity has fed two intertwined dangers: the return of protectionist and nationalist policies and the formation of rivaling blocs

Miguel Otero-Iglesias, Sebastián Royo and Federico Steinberg, The Spanish financial crisis: Lessons for the European Banking Union. 01.03.2016. This report examines the Spanish banking crisis and uses it to extract valuable lessons for the construction of the European Banking Union (EBU), which is a complex process that resembles in some respects the variety of actors and preferences encountered in the Spanish case.

Jessica Almqvist, ‘Even war has rules’: a call for global action to protect civilians. 02.03.2016. There is an urgent need to address in a comprehensive manner the problem of systematic and flagrant violations of international humanitarian and human-rights law in ongoing conflicts, including its sources and implications. More specifically, possible lines of action to counter the growing importance of non-state armed actors and the use of explosives in populated areas must be discussed. A Global Action Plan on how to prevent, repress and redress serious violations of international law in armed conflict, taking into account the present and future role of UN peace missions, is a must.

Salvador Llaudes and Ignacio Molina, Spain’s stance on Cameron’s negotiations. 02.03.2016. Spain is finalising its stance on the negotiations being conducted by the European institutions to restrict the chances of a so-called ‘Brexit’. Some parts of the offer put forward by the President of the European Council are of concern from an integrationist perspective, but the proposal provides a good basis for arriving at a position that is agreeable to the 28. It is in the strategic interest of the EU in general, and of Spain in particular, to avoid ‘Brexit’. Therefore, so long as none of the red lines set in the various sections of the negotiations are breached, Spain will not raise objections when it comes to forming a consensus. The special circumstances surrounding these negotiations, particularly on the domestic Spanish stage, raise a series of procedural issues that shall also be briefly addressed here.

Youssef Amrani, Morocco: a singular path in a troubled region. 03.03.2016. Since 2011 the Middle East and North Africa (MENA) region has been grappling with many hotbeds of instability, internal strife and an existential struggle against extremist terrorism. Yet the Moroccan global approach is different, unique, in that it capitalises on four elements: stability, vision, effective transformation and internationally-gained trust. These make Morocco’s democratic path unique and successful.

William Chislett, Spain moves towards fresh elections to break deadlock. 07.03.2016. Spain took a step toward fresh elections when Pedro Sánchez, the Socialist Party (PSOE) leader, twice failed to secure sufficient backing in Parliament to become Prime Minister. If no political leader obtains the required support by 2 May King Felipe will dissolve Parliament and call a new ballot, probably to be held on 26 June, which could produce another stalemate.

Carmen González Enríquez, Schengen: a collective asset no one stands up for. 09.03.2016. Schengen is the main collective asset that the EU has produced, along with the euro and the common market, but it is currently in grave jeopardy of disappearing as the closing of borders continues to spread.

İlke Toygür and Melih Özsöz, Stormy months on the Aegean: the refugee deal and its impact on Turkey-EU relations. 15.03.2016. The refugee deal of 2015, followed by the opening up of a negotiation chapter, has revitalised the relations between Turkey and the EU; however, there are crucial points to bear in mind for future relations to be sustained, such as the lack of transparency and of a long-term plan.

Alfredo Arahuetes and Federico Steinberg, The interdependence of the British economy: a contribution to the Brexit debate. 17.03.2016. This paper analyses the interdependence of the British economy, both in terms of trade and direct investment, in order to assess the economic justification of a hypothetical Brexit. It concludes that it is difficult to justify the UK’s leaving the EU on the basis of economic arguments. The British economy has extremely close economic ties with the other countries in the EU, which would be jeopardised if Brexit were to go ahead.

Salvador Llaudes, Limited but non negligible consequences of Cameron’s agreement for Spain. With the exception of the section of the agreement regarding competitiveness, which is more ambiguous and imprecise, the rest (economic governance, sovereignty and social benefits) will bring about some changes regarding the relationship between the EU and UK, and will have certain effects on Spain. Though undesirable for a country so firmly pro-European, these effects do not have to be particularly dramatic, especially if they do not entail a cascade of petitions to obtain a singular status from other countries.

Miguel Otero-Iglesias and Erik Jones, What Europe needs is not an end to the euro, but better leadership. 22.03.2016. If there is a consensus, it is that the eurozone should integrate further. But politicians have failed to translate this into action. The time has come for European policymakers to advocate an economic policy prescription that promotes growth and employment while also restarting the flow of capital from the core to the periphery.

Fernando Reinares, Brussels attacks: Challenge to Security and Coexistence. 28.03.2016. The attacks in Brussels, as in Paris, are an attempt to instil fear in the hearts of European citizens, forcing them to change their behaviour and to shape the decisions of their governments. We have to avoid the spread of Islamophobia without losing sight of the challenge that both the Jihadists with their terrorist outrages and the Salafists with their anti-democratic preaching pose to open societies.

Patricia Lisa, The EU-Turkey Agreement: a turning point in the EU’s policy approach to the refugee crisis but with the devil lurking in the detail. 08.04.2016. Is the agreement the right way to manage the refugee crisis? Or are we misinterpreting the signs once more and not understanding that structural, non-transitory challenges cannot be overcome with exceptional, transitory actions, however difficult they may be to implement?

Leonard Seabrooke and Duncan Wigan, Panama Leaks and the Tide of Tax Reform. 13.04.2016. The leak of the ‘Panama Papers’ has created an enormous scandal and, more importantly, a great deal of political momentum for the international tax reform agenda.

Andrés Ortega, Global Spectator- Globalisation: factors of unity or division, depending on the circumstances. 08.03.2016

Fernando Reinares, The terrorist threat in the EU: expect the unexpected.14.03.2016.

Antonio Rubio Plo, Kennan’s ‘long telegram’: reflections from the past and the present. 14.03.2016

Andrés Ortega, Global Spectator- Europe: too many crises for so little leadership. 15.03.2016

Gonzalo Escribano, Libya: finding a way out of the labyrinth must be by way of the oil terminals. 15.03.2016

Antonio Rubio Plo, Contrasts between the realism of Kennan and Obama. 17.03.2016

Andrés Ortega, Global Spectator- An odd Dutch referendum on the Ukraine: another European crisis on the horizon? 05.04.2016