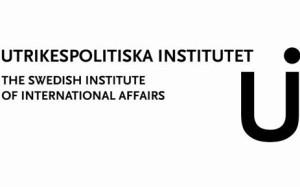 This article engages the problem of Orientalism in Western elite foreign policy discourse on the Arab uprisings. Reconstructing discursive representations among US and EU foreign policy elites, it argues that the Arab uprisings were inserted into a liberal civilizing narrative that emphasizes the underlying identity of ‘the Arab world’ and ‘the West.’ In this narrative, human rights play a crucial role. Difference, to the extent acknowledged, is inscribed temporally rather than spatially. Such a narrative thus breaks with Orientalizing ways of representing the Arab world as irredeemably different. Having noticed the hierarchical rendition of subjectivity that the liberal civilizing narrative nevertheless enacts temporally, the article also discusses challenges to the liberal civilizing narrative. It concludes by arguing for a politics of rights claiming approach to make sense of the Arab uprisings.

Bremberg, N. (2016) “Security Community-Building in Times of Crisis: Morocco, the ENP, and Practices of Mutual Responsiveness”, in Rieker, P. (ed.) External Governance as Security Community Building: The Limits and Potential of the European Neighbourhood Policy, Palgrave, 2016.

The European Neighbourhood Policy (ENP) was initially intended to create ‘a ring of friends surrounding the Union, from Morocco to Russia and the Black Sea’ (Prodi, 2002). Today, however, the ever-worsening security situation in the region clearly shows that the aim has not been achieved. With wars in Ukraine, Syria and Libya, the Union’s neighbourhood can therefore better be described as ‘a ring of fire’. Does this means that the policy has failed and that an alternative policy towards the EU’s neighbours is needed? Or should these developments be seen as temporary setbacks caused by external factors beyond EU control? By comparing the EU’s approach to its eastern and southern neighbours, this volume seeks to answer such overarching questions. The authors find that the EU still has a potential role to play in providing regional security, but that this role also risks being increasingly undermined if it does not increasingly take into account the broader geostrategic realities in both regions.

Schmidt-Felzmann, A. (2016) ‘After the war i Ukraine: peace building and reconciliation in spite of the external aggressor’ International Crisis Management. Volume 127: 151 – 161.

The obstacles to sustainable peace building in Ukraine are enormous. The conflict scenario is problematic as it combines elements of traditional inter-state warfare with an intra-state conflict, while at the same time complex domestic challenges have to be overcome. This contribution discusses how and under what conditions conflict transformation and lasting peace in Ukraine can be achieved. It focuses on the challenges posed by asymmetric cyber and information warfare, and on the difficulties of promoting change under conditions of occupation and armed aggression. Divisions within society, both in Ukraine and within the international community, weaken the capacities of domestic and international actors to promote peace in Ukraine in spite of the external aggressor.

In the academic debate on the relative powers and influence of the EU institutions, it has become common to suggest – especially in the case of advocates of the ‘new intergovernmentalism’ – that the European Commission is in decline. In this article we show that while in some limited respects this is indeed the case, the Commission’s overall position in the EU system is not one of having become a weaker institutional actor. The extent of the losses of its powers and influence tends to be exaggerated, while in some aspects its powers and influence have actually been strengthened. We show this by focusing on three of the Commission’s core functions – agenda-setter, legislative actor and executive – all of which are widely portrayed as being in decline. We incorporate into our analysis both the formal and informal resources available to the Commission in exercising the functions.

Fägersten. B. (2015) “Intelligence and decision-making within the Common Foreign and Security Policy”, (2015:22epa) SIEPS publikationer.

In 2005, the European Union’s (EU) coordinator of counterterrorism policies quipped that: ‘You can’t get closer to the heart of national sovereignty than national security and intelligence services. Yet in Brussels we have these analysts working together for the first time’.1 Despite the inherent sensitivitiesthat exist within the field, the EU has considerably increased its resources for intelligence sharing andanalysis in the decade that followed this comment. Yet, this cooperation has largely gone unnoticed –within academia as well as in the public domain. This report analyses the organisation and process ofEuropean intelligence cooperation and the effect that this cooperation is having on European foreignpolicy. In the policy recommendations, it is argued that the EU intelligence system – following phasesof boosting efficiency and legitimacy – should now be developed with an eye on the interaction between producers and consumers of intelligence.

For twenty years now, Europeans have been encouraged to view migration as the epitome of globalisation, the triumph of global economic drive over territorial order. So it’s significant that migration is now becoming an object of geopolitical competition. Across the world, countries are not only trying to reassert control of their borders but to use people flows and differences of population size for geostrategic gain. Is this a sign that geography now trumps economics? It suggests rather that US-led globalisation, as an organising principle of world politics, is losing its hold. This has triggered competition to promote alternative units and modes of power. Migration, as a culturally and ideologically-loaded form of cross-border interaction, has become a particularly strong vector in this reshuffle. This paper charts the challenges facing the EU in the field of migration, and suggests how Brussels might promote its own form of order.