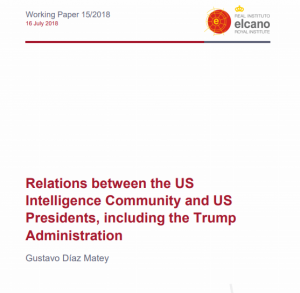 This working paper analyses the historical evolution of the US intelligence community (also referred to in this paper simply as the ‘Community’), including its structures and its products. Technology and covert operations have been the driving forces in the Community’s evolution, which has been tremendously divided since its inception and has moved progressively towards its own centralisation with the aim of improving coordination and efficacy. This paper also analyses the interaction between different Presidents and the Community, especially the latter’s relationship with the current President, Donald Trump.

The working paper is available here.