The corona crisis is yet another example of how the European Union works: each member state acting for itself, and cooperating with others only when strictly necessary. 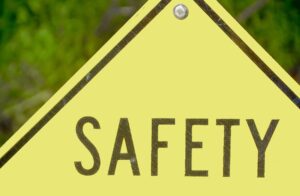 It makes sense for each country to choose its own medical care approach to counter this dangerous disease. After all, the problems can vary per country, and even within a country per region. On the other hand, long traffic jams have appeared at various internal borders. And personal checks are carried out differently in every country. These divergent treatments pose risks for the proper functioning of the internal market. Moreover, each country develops its own purchasing policy for healthcare materials, such as mouth masks, test equipment, medicines and IC equipment. All these areas desperately need a common approach.

The corona crisis is about security. It represents a serious public health threat that does not care about borders. That is why cooperation in the framework of the European Union should be obvious.

In other areas where security is at stake, there is a need for closer EU cooperation as well.

Take, for example, the performance of the Union in the foreign policy field. The EU has little control over the Ukraine conflict or the violence in Syria and Libya. However, these conflicts are in our immediate vicinity. We know very well that Europe must act in a unified manner and that decision-making must be accelerated. Only it doesn’t happen. Why not establish a European Security Council? Such a Council could be chaired by the President of the European Council, and be composed of the big Member States as permanent members (without veto rights), and a number of other Member States would participate on a rotational basis. An initiating role could be assigned to the High Representative whereas the Commission President can participate as a member as well. With such an organ we can get business done faster.

The European migration policy also needs to be adapted, which has been clear for years. The scenes in the refugee camps on the Greek islands speak for themselves, and the corona crisis can only worsen this situation. More immigration officials are needed, as well as faster procedures, a fairer distribution of refugees and an adequate return policy. Instead of putting all the workload on Greek shoulders, wouldn’t it be more effective to set up a proper European migration service? The primary responsibility to protect our external borders in the Mediterranean can also be better entrusted to the European Boarder and Coast Guard, instead of that agency just assisting the Greek and/or the Italian authorities.

Within the Union there do exist problems of a different kind. In the financial-economic field, the contrasts between North and South, East and West are repeatedly highlighted. That was demonstrated again in the recent discussions about the emergency financial package to combat the coronavirus in Italy and Spain. It is high time to overcome inequalities between Member States, in terms of employment and standards of living. European instruments, financial and so on, do exist for this purpose, but the results in practice have so far been limited. So we need to do more. Our businesses should also invest in Member States with weak economies, rather than in ‘low-salary’ countries (far) outside Europe. Indeed, we can better spend our money ‘in the neighborhood’. More equality in Europe leads to more stability.

4. Democracy and the Rule of Law:

The state of democracy and the rule of law within Europe is another concern. Of course, the corona crisis justifies that Member States take their own emergency administrative measures. On the other hand, disproportionate infringements of democracy as a result of such decision making are unacceptable. In Member States, the corona crisis cannot be an excuse for political games. Human rights, democracy and the rule of law are pre-eminently European values that must always be respected. If things go wrong somewhere in the Union, not only should – as the practice is now – the Commission or the European Parliament take position, but the Member States as well. In particular, the institutions where member states are represented at the political level, namely the European Council and the Council, should be expected to act.

Of course, there are more examples. Combating terrorism and other forms of international crime is one of them. However, the point to be made here is that ‘security’ is a multifaceted and cross-border phenomenon. The Member States are affected by all its manifestations in a similar manner. An integrated approach is therefore clearly required, the more so since security will determine our agenda for many years to come.

This is a challenge for the European Union. More guidance, better policy management, more leadership and more enforcement capacity should be made available by Brussels. In addition, more coherence between the EU approaches in the various areas has to be developed. All EU institutions, the European Commission in the first place, have a role to play.

This is not a plea to simply transfer powers from the national to the European level. It is rather about designing a new division of responsibilities between the Member States and the European Union, for common sense reasons and in the interest of a safer European continent.