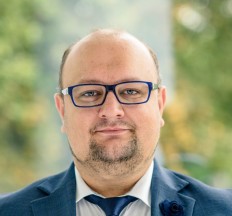 Dr Andriy TYUSHKA, Research Fellow in the European Neighbourhood Policy Chair at the College of Europe in Natolin, has authored a chapter on semi-presidential systems as a form of government in Max Planck Encyclopedia of Comparative Constitutional Law (MPECCoL), published with OUP (Oxford Constitutional Law Series).

The contribution discusses the origins and the evolution of the idea, as well as the varying models of a semi-presidential form of government as such since 1970 when the notion was coined. It disentangles the contemporary variants and features of this system of government, as well as its implications for constitutional stability in young democracies, especially in the context of swinging political regime transitions (from ‘premier-presidentialism’ to ‘president-parliamentarism’—and vice versa) in Ukraine, Georgia and Tunisia over the past decade.

The publication is available here.