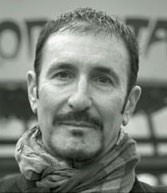 Interregional and intermetropolitan economic divergence is greater in many western developed countries than it has been in many decades. Divergence manifests itself in many ways, including per capita income, labor force participation, and the spatial distribution of skills and returns to education. At the same time, geographical polarization of political preferences and electoral choices has increased, with gains in populism and nationalism in some regions, and broadening of socially liberal, pro-trade and multicultural attitudes in other regions. The task of explaining these developments poses challenges to economic geography and regional and urban economics. These fields have already developed some of the building blocks of an account, but a number of important gaps persist. How to tackle the key mechanisms behind divergence as well as integrate them in a common overall framework?