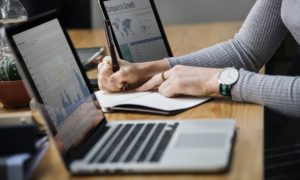 On Thursday 11 July, TEPSA organised the SEnECA Recommendations Workshop: “Central Asia in 2030 and beyond: with or without the European Union?” The event took place at Science 14 Brussels from 09:30 to 17:30.

During the workshop, stakeholders discussed recommendations for implementing the new EU-Central Asia Strategy directly with decision-makers from EU institutions and national governments. To this end, representatives of relevant EU institutions presented the new Central Asia Strategy as well as the current state of preparations for its implementation to the workshop participants. Against this backdrop, experts from civil society, international organisations, as well as business and academia from both Europe and Central Asia came together and had the opportunity to comment on the “SEnECA policy recommendations” draft and proposed their own recommendations to national and EU decision-makers. The workshop participants discussed in three working groups on the topics of “political and security relations”, “economic relations and trade” and “cultural and other relations”. The conclusions of the workshop will be considered during the finalisation of SEnECA’s policy recommendations.

An agenda of the event can be accessed here

The SEnECA project has been funded by the Horizon 2020 programme and runs from January 2018 to December 2019. It supports cooperation between Central Asia and the European Union by intensifying academic regional networking. The project is led by the Institut für Europäische Politik (IEP) and the University of Duisburg-Essen and further includes 10 organisations from the EU and Central Asia as members of the project consortium.  Further information can be found on the SEnECA website.