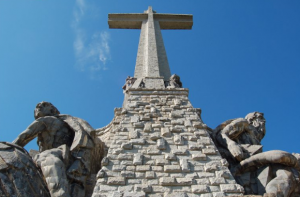 More than 40 years after the death of General Francisco Franco, Spain’s dictator between 1939 and 1975 and the victor of the country’s 1936-39 Civil War, the new Socialist government is confronting a totemic issue –the removal of Franco’s tomb from the Valley of Fallen basilica hewn into rock in the mountains near Madrid and burying him elsewhere.

Unlike other countries, such as Germany, there is still no basic accord in Spain about the country’s authoritarian past and how to deal with it, and hence what to do with Franco’s remains. Leave them be or remove them and turn the state-funded mausoleum, crowned by the tallest stone cross in the world (150 metres high), into a place to commemorate all those who died on both sides of the Civil War?

You can read the article here.