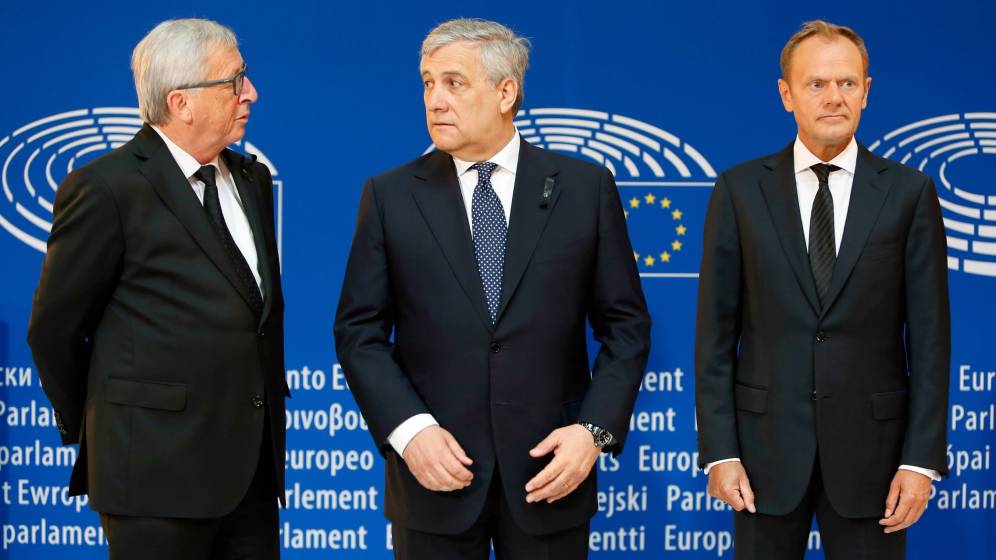 The discussion on important institutional issues has started at the highest political level.

The question of the ‘lead’ candidates (in the German terminology ‘Spitzenkandidaten’/’Spitzenkandidatinnen’) deserves special attention. We refer here to candidates for the position of leader of a unique supranational institution responsible for initiating EU policy and legislation.

As is well known, the mandate of the current Juncker Commission will expire at the end of October 2019. Everybody recalls that in 2014, after the direct European elections of May that year, the European Parliament was successful in having Jean-Claude Juncker, the leader of its biggest political group, the European People’s Party (EPP), elected as President of the incoming new Commission. Since then that procedure is known as the ‘Spitzenkandidaten concept’.

The European Parliament, for obvious reasons proud of having set a precedent, intends to repeat that procedure in the context of the 2019 elections. It thus expects that the new Commission President, taking office as from 1 November 2019, will be selected from among those lead candidates.

Given the circumstances, the European Council and the European Parliament should better act in close cooperation. Here clearly lies a responsibility of both Presidents, Donald Tusk and Antonio Tajani, to prepare a ‘way out’ of this serious political problem.

So much is clear, a solution has to be found before the campaign for the 2019 European Parliament elections will take off. Otherwise the citizens may get quite confused: is it for candidate members of the European Parliament that they have to cast their vote, or is there another –crucial- interest involved as well? The continued existence of such confusion can only be detrimental to the degree of democracy at the European level.