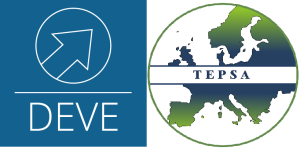 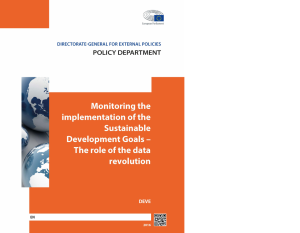 TEPSA has recently coordinated a study for the European Parliament’s Committee on Development (DEVE), authored by Neil WEBSTER and Helle Munk RAVNBORG, Senior Researchers at the Danish Institute for International Studies (DIIS).

The study deals with “Monitoring the implementation of the Sustainable Development Goals – The role of the data revolution” and examines the transition from monitoring the Millennium Development Goals to monitoring the Sustainable Development Goals (SDGs), the implications for developing countries, and the support that the data revolution could provide. The indicators agreed for the SDG targets are discussed in terms of data requirements and the different types of data currently collected. The potential for the data revolution to strengthen open data and access to data in terms of connectivity is also explored. The latter is seen as being central to increasing accountability as part of the monitoring process. The authors looked into the areas that the EU might prioritise and how these could contribute to the broader Follow-Up and Review framework proposed by the UN Secretary General for consideration of the UN General Assembly, and offered recommendations for EU support to its development partner countries.

According to the paper, the European Parliament should organise an annual regional review of (i) progress towards the SDGs within the EU, and (ii) the effects of the EU on the progress of developing countries with a specific focus on the need for policy coherence across the full range of EU policies and their implementation with respect to these countries. For its part, the Committee on Development could contribute with specific contributions to the broader EU review process; namely (i) the progress reported by developing countries that are partners to the EU and/or its member governments, (ii) the estimated impact of EU contributions with particular focus on the six fields of EU comparative advantage identified above, (iii) the Committee on Development’s own assessment of the state of policy coherence for development, and (iv) an assessment as to the country and regional focus of the EU’s support for development in the light of progress towards the SDG reported. For each of these four contributions, a clear set of suggestions would be presented to the European Parliament based on the existing and emerging challenges identified within each. In addition to its contributions to the annual regional review, the Committee on Development would organise an annual briefing on developing countries’ progress generally and the contribution made by the EU to this progress.