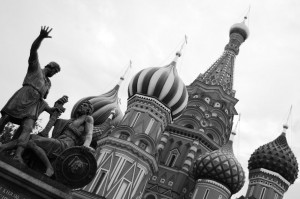 TEPSA Background Paper “Kremlin’s ‘reactionary strategy’ towards its ‘near abroad’. The Russian Perspective on the EU’s Eastern Partnership” by Anita Sęk

The Eastern Partnership was not the first EU programme seen in Moscow as an “intrusive process”. It was the 2004 European Neighbourhood Policy that “has been challenging the Russian concept of ‘sovereign democracy’”, as stated by Vladimir Chizhov, the former deputy Minister of Foreign Affairs and current Russian Permanent Representative to the European Union. EU’s entry into Russia’s single and exclusive zone of influence – the ‘near abroad’ (ближнее зарубежье)  – has since been perceived as a battle of interests and a struggle for domination between Brussels and Moscow, which has been embodied in the recent pressure by Moscow on EaP countries, on the eve of the Eastern Partnership Summit in Vilnius scheduled for 28-29 November 2013.

With this paper Anita Sęk, TEPSA’s Marie Curie Early Stage Researcher, analyses the reasons behind the realist ‘zero-sum game’ and the ‘red-line’ approach to the ‘common neighbourhood’ of the EU and Russia, explaining Moscow’s perceptions and interests. The hypothesis is that the Russian attitude is based on a historical need of “secured spaces”, along with horror vacui  and “honour-based behaviour”.

The author believes that it is time not only for the EU/member states’ elites to face reasons for Russian Realpolitik and its consequences, but also to recognize the difference of Russian politics and discover options towards pragmatic cooperation on realistic projects in the ‘shared neighbourhood’.

Here you can read the TEPSA Background Paper December 2013.